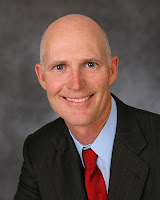 As we reported in previous blog posts, the new federal transportation legislation, called MAP-21, gave Governors the opportunity to opt out of the Recreational Trails Program (RTP).  BikeWalkLee was part of a joint Florida advocacy letter to Governor Scott on August 10th,  and also sent emails specifically in support of not opting out.  As reported on August 31st, Governor Scott was one of only two Governors (other being KS) who opted out of the RTP program.  On October 5th, we received the below email from Governor Scott's office.

Thank you for contacting Governor Rick Scott regarding federal funding for recreational trails.  The Governor appreciates your concerns and asked me to respond on his behalf.

In an effort to ensure Florida can maximize the use of its federal funds, Florida has opted out of using federal transportation dollars for recreational trails. This increases funding flexibility afforded to the states in the Moving Ahead for Progress in the 21st Century Act, also known as MAP-21. With Florida opting out, the federal trails money will be split evenly between the state and regional metropolitan planning organizations. The money must still be spent on transportation alternatives, which includes trails and sidewalks near schools.

Governor Scott and the State of Florida will continue to support recreational trails. The Florida Department of Environmental Protection will provide statewide leadership and coordination in the establishment, expansion and promotion of the Florida Greenways and Trails System.  The Florida Department of Transportation will also continue to work with the Florida Greenways and Trails System to fund projects up to the budgeted $3.5 million.

Thank you again for contacting the Governor’s office.