It may be hot out there, but there are still lots of opportunities to participate in running/walking/biking/tri events in SWFL.  You may have to travel a little further from home, but the roads aren't crowded and it's worth it.  Have you signed up yet for this year's Captiva Tri on Sept. 13-14?  Hurry, because it's filling up fast. 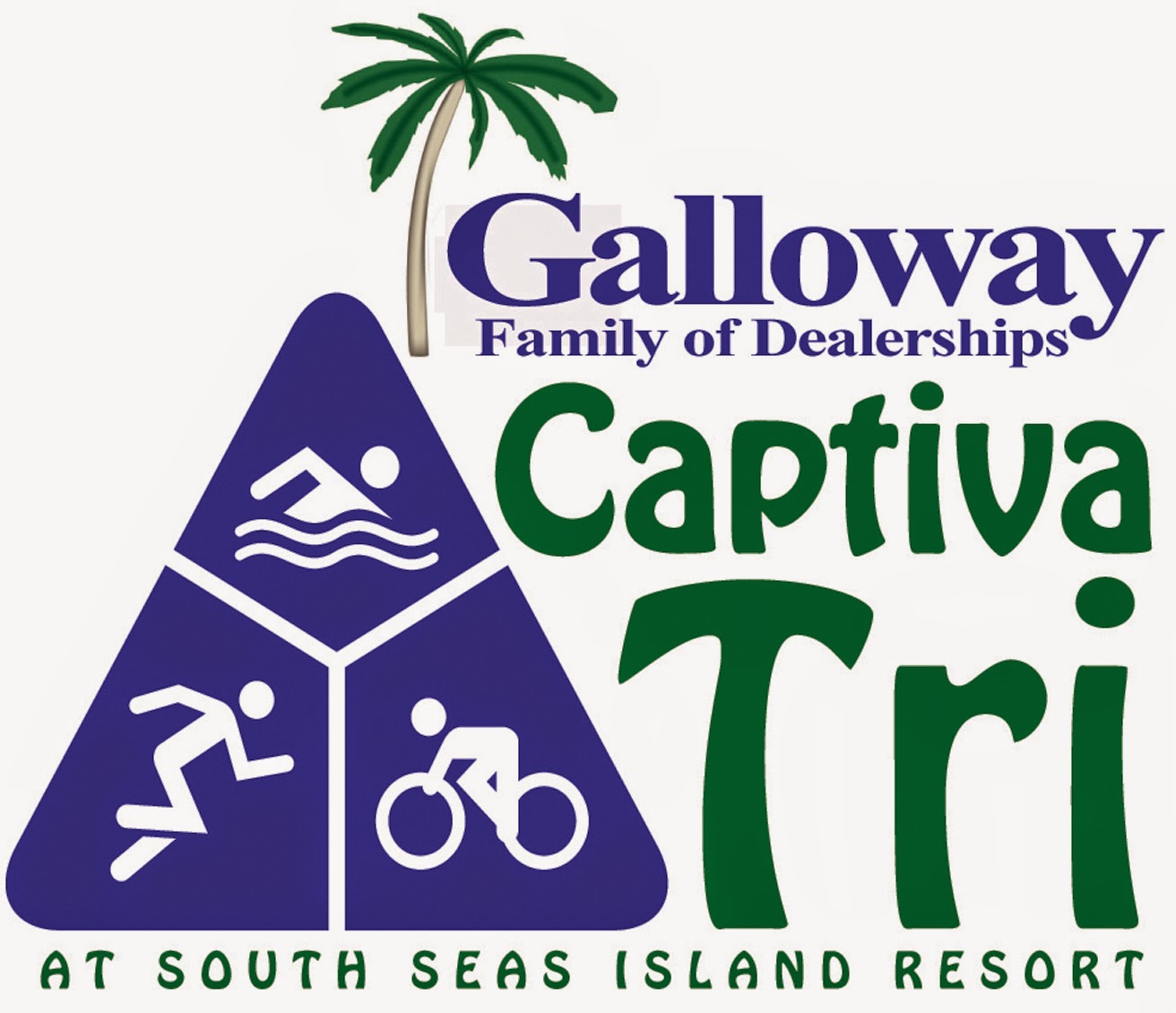 Today's BWL column is another story submitted in response to our request for you to tell us about your ride.  Today's story is about the Bonita Bay Bicycle Club and their riding experiences, as told by their President, Robin Tucker Goyette.  Thanks, Robin!  If you have a story to share, we'd love to hear it (info@bikewalklee.org).
News-Press "Go Coastal" Section: June 26, 2014


Note: For many, bicycling is more than a way to get from Point A to Point B or to keep themselves fit… it's an opportunity to build camaraderie as well as callouses, to build friendship ad well as muscles, by being part of a bike club. We'll let Robin Tucker Goyette, president of the Bonita Bay Bicycle Club, explain it.

Bicycling is better in retirement. That's the attitude of the 150 enthusiastic men and women I cycle with on a regular basis. We are the Bonita Bay Bicycle Club (bonitabaybicycleclub.com), the largest private cycling club in Southwest Florida.

The promised gifts of retirement — be they leisure, friendships or a chance to take up a new hobby — lead many in my community to join our bike club. We have time for a morning full of exercise (in fact, we break at the halfway point in our rides for coffee and conversation.) Group cycling is noncompetitive and requires close cooperation, the result being special friendships based on support and trust. And biking is a pursuit that can be relatively inexpensive, easy on our aging joints and can be enjoyed outdoors nearly every day in this delightful climate.

The Bonita Bay Bicycle Club was formed in 2001. At that time most of the 16 cyclists rode hybrid bicycles and a "long" ride was 20 miles. These days, all our members ride road bikes, ride length is 30-60 miles depending on group preference, and average speed has steadily increased year by year. Those who say that the physical abilities of seniors are diminishing need to have a look at our group; for example, our eldest cyclist (85 years old) rode 1,200 miles over the just-completed winter season.

But our very best rides occur when we vacation together as a group. In the past five years we have cycled across the state of Iowa, along the Hudson River from Albany to Battery Park, on the Mesabi Trail in the Iron Range of northern Minnesota, all over the state of Florida, through the Loire Valley of France, and even 3,000 miles across the United States. Later this summer we will congregate in Door County, Wisc., to spend a week cycling, dining, and gallery-hopping together.

Needless to say, we of the Bonita Bay Bicycle Club strongly endorse cycling as a pursuit worthy of your consideration in retirement. If you spot us at a local cafe, stop by to share a cup of coffee — we'd love to talk bicycling with you.

— BikeWalkLee is a community coalition raising public awareness and advocating for complete streets in Lee County—streets that are designed, built, operated and maintained for safe and convenient travel for all users: pedestrians, bicyclists, motorists, and transit riders of all ages and abilities. Information, statistics and background online at BikeWalkLee.org.
Posted by Darla at 6/26/2014 06:23:00 AM No comments:

Moser column: Cycling tourism on the rise in Florida

This week's Moser column highlights the increase in bike tourism in Florida and the importance of attaining an environment of respect and tolerance between all users of the public rights of way if  Lee County is to fully take advantage of bike tourism opportunities.


Florida Weekly "Outdoors"  June 25, 2014
Dan Moser's column
Lee County and the rest of Southwest Florida may truly be paradise in many ways but some things are, let’s just say, “still maturing.” One of the attributes fitting that description is our cycling environment. While clearly not anything resembling a bicycling mecca, Lee County and the rest of Southwest Florida are poised to join other parts of the Sunshine State as a destination for those wishing to make cycling the focus of their vacation or as a way to enhance their overall experience when visiting. Sanibel Island, of course, is an exception, at least for family-oriented cycling, and has been deemed a Bicycle Friendly Community by the League of American Bicyclists, a designation well-deserved.
Recently, the value of being able to get around by bike or making cycling an important part of a vacation has gotten the attention of our tourism promoters as our infrastructure has improved. Wayfinding, in the form of signs posted specifically for cyclists and pedestrians, is perhaps also part of the reason for this increased awareness. Some examples include: the 36-mile Tour de Parks and 9-mile University Loop being two marked routes on the east side of the Caloosahatchee River; Cape Coral’s 90-plus miles of routes that will all be named and signed by the end of this year; and Pine Island’s 14-mile path (28-mile round trip) that runs the entire length of the island with a link to Cape

The Tour de Parks wayfinding sign Coral and its extensive network currently being considered. Overall, things area looking pretty good in terms of both on-road and separated pathways around much of Lee County. Conditions stand to be even better once TIGER grant improvements are completed. But one important element remains a serious problem.
For our area to truly become a place where the average person wants to ride, whether resident or visitor, we motorists must become more aware and accepting of cyclists on our roads and within intersections. Communities elsewhere around the country that are known for being bike friendly — and that reap the benefits of that reputation — have an environment of respect and tolerance between all users of the public rights of way, something we must attain here. All the infrastructure and wayfinding in the world won’t help if we continue to lack mutual cooperation. As usual, you can always learn more about this and other bike/ped matters on BikeWalkLee’s blog (bikewalklee.blogspot.com).
SunRail-bicycle connection
Exploring bicycle tourism elsewhere, the folks in and around Orlando know an opportunity when they see one (it’s not the number one tourist destination for nothing). But this time it’s not the likes of Disney or Universal Studios jumping on it, but rather a small group of cycling enthusiast who recognized the potential of something new that has real potential. On the first weekend in August they will be launching a bike tour that includes the just upland running SunRail service between downtown Orlando and its suburbs to the north.
The SunRail-St. Johns River-to-Sea Loop Tour begins on the train in Orlando, then becomes a bicycle tour at the current end of the line in DeBarry (there are plans to extend it further north). The week-long bike tour travels along the 260-mile St. Johns River-to-Sea trail, one of the longest multi-use trails in the southeast U.S. It passes through five counties and uses part of the East Coast Greenway (www.greenway.org), the trail that, when completed, will run from Maine to Key West. The many sponsors of this inaugural tour include VISIT Florida, East Coast Greenway Alliance, Florida Office of Greenways and Trails, Florida Bicycle Association, Bike Florida and numerous local tourism offices and chambers of commerce. There’s high hopes for this simple but brilliant idea, one that won’t require a tour operator. Anyone will be able to purchase a train ticket, follow the maps and GPS coordinates, and make his or her own lodging and dining arrangements, all of which adds to the tourism economy.
Staying local
Summertime means quite a drop-off of cycling and running events in Southwest Florida, but that doesn’t mean there’s nothing happening. Beginning on Friday, July 4, the Freedom 5K (www.ftmyerstrackclub.com) takes runners across the Cape Coral Bridge. On Saturday, July 5, it’s the Naples Pathway Coalition Liberty Ride (naplespathways.org), followed by Peace River Riders’ Wheels and Wings Ride (www.peaceriverridersbicycleclub.com) on Sunday, July 6. Summer fun runs are also taking place throughout the area so there’s still plenty to do.
Until next time, I’ll look for you on the roads and pathways.
— Dan Moser is CyclingSavvy instructor/ trainer and program director for the Florida Bicycle Association. He can be contacted at bikepedmoser@gmail.com or 334- 6417.

Kudos to the City Council for approving an ordinance on June 17th which establishes inter-connectivity and intra-connectivity interpretive guidelines for the city's shared use path system.  Thanks to City Manager Judie Zimomra for leading the effort to develop the guidelines, and to the Sanibel Bicycle Club for their participation in this year-long effort. These guidelines can serve as a model for other Lee County communities.

Over the past year, Sanibel City government has been working on an ordinance, which amends the existing Land Development Code (LDC) to improve connectivity between the path system and businesses throughout the island.  Click below to see the ordinance, guidelines and related documents:
As a Sanibel resident, I'm proud to see Sanibel leading the way on improving connectivity and safety for cyclists and pedestrians.  There have been several pilot projects demonstrating this approach over the past year and residents and businesses both responded favorably.  We'll keep you posted on more examples as the policy is implemented on an island-wide basis.


Thanks to Bob McKnight, Chair of the Matlacha Civic Board, for speaking on behalf of all of Pine Island at today's Lee MPO Board meeting in support of the proposed project for a shared use path connecting Cape Coral and Pine Island.

At the June 20th Lee MPO Board meeting, one of the agenda items for approval was the annual list of bike/ped priority projects for submission to FDOT for funding.  Included on this list as a "shared" #1 priority was the Pine Island Rd. Shared Use Path PD & E study that was proposed by LeeDOT and recommended by all the MPO committees to the MPO Board for inclusion in the funding request to FDOT.  This project was also submitted to FDOT earlier for consideration as a regional enhancement project, as recommended jointly by the Collier and Lee County MPOs.
At the Board meeting, Bob McKnight, the Board Director of the Matlacha Civic organization spoke in strong support of the project.  He said that it had the unanimous vote of the civic board--the first ever unanimous vote.  He said he was also representing all of Pine Island as he was speaking in support.  He urged support for the project because it is needed for connectivity between Pine Island, Matlacha, and Cape Coral, it is needed for safety, and it will connect that area with the whole county so users can travel by bike between inland and coastal areas of Lee County.
The MPO Board unanimously approved the list of projects to be submitted to FDOT (which included the Pine Island Rd. shared use path project). The requested $520 K is for a feasibility study, which would determine what type of facility should be used (multi-use path, etc.).  FDOT will decide which of the recommended priorities are approved for funding in its November/December workplan for 2015-20.  If FDOT approves the study, it would be the beginning of a 5 year-plus process of getting a path designed and constructed.
BikeWalkLee is a strong supporter of this project and urges FDOT to fund the feasibility study in the upcoming workplan.
Report by Darla Letourneau