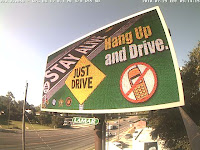 The purpose of this plan, required by the Federal government,  is to focus funding and other resources on those problem areas where the opportunity for improvement is greatest, measured by reductions in fatalities and serious injuries. Improving the safety of Florida’s surface transportation system for residents and visitors is the unifying goal of Florida’s safety community and the overarching goal of Florida’s SHSP. The SHSP identifies strategic safety priorities in both public and private agencies and organizations at the national, state, regional and local levels.

Florida is required to update its strategic plan every 5 years, with the last plan being issued in 2006.  An updated plan is scheduled to be completed by the end of 2012, and the Executive Committee has expanded the list of emphasis areas, adding distracted driving, impaired driving, and aging road users and teens to the areas that Florida's safety strategy should focus on.

This Spring, meetings were held with interested safety stakeholders, the emphasis area teams were formalized, and began the process of selecting appropriate strategies to reduce fatalities and serious injuries. Jay Anderson is leading the distracted driving team and is also a member of the Aging Road Users/Teen Drivers team.  BikeWalkLee will find out who is heading up the Vulnerable Road Users (pedestrians, bicyclists, and motorcyclists) team and will report on that action plan in future blog posts.

On October 3, 2012 in Tallahassee, each Emphasis Area (EA) team leader presented their EA strategic plan to the 2012 Executive Committee who in turn unanimously approved the 2012 Florida Strategic Highway Safety Plan.  Through Jay, we will keep the BikeWalkLee network informed of these important state safety developments.  Thanks, Jay, for your service to the community and for taking on this statewide leadership role to address distracted driving!