This week BikeWalkLee released a comprehensive report on new and improved bike/ped facilities throughout Lee County.  The first part was an overview of the entire county.  In this part (Blog post #5) the report focuses on Bonita Springs.  Click here to read the full report.
BONITA SPRINGS

New and improved bike/ped facilities on all public roadways in Bonita Springs: 2011-13
(in lane miles, i.e., both sides of bike lanes and sidewalks are counted) 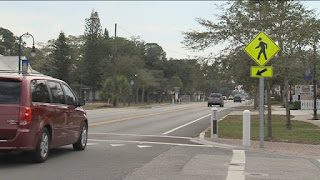 Projects to be completed in 2013

o   West Terry sidewalk project (from  Old 41 Rd. to N. Riverside Drive) has just begun, with a projected completion date of November 1, 2012.  The finished product will allow pedestrians to walk continuously along the north side of West Terry Street (1 side) and remain behind the existing guardrail.  This sidewalk carries a high volume of pedestrians and bicyclists due to the fact that 99% of the students at Bonita Middle School that walk to school use this route. (0.1 lane miles). 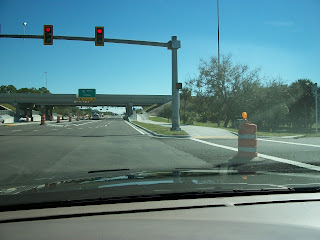