It's hard to believe that we've arrived at September...before you know it, cooler weather will be here.  In the meantime, here are some fun activities to sign-up for, including the Captiva Tri which is Sept. 13-14th.

TELL US ABOUT YOUR RIDE:
Have a favorite route you like to bike, or a unique walk you’d like to share with others? Tell us about it at info@bikewalklee.org, and maybe we can feature it in an upcoming column.

Kudos to Peter O'Flinn of SW Spotlight Magazine for this outstanding commentary imagining the future of Bonita Springs.  It's exciting to see ideas such as complete streets, balanced transportation that's affordable and sustainable, mobility fees, integration of land use and transportation planning, roundabouts, walkable and bikeable and livable communities taking hold in Bonita Springs.

Imagine Bonita Beach Road as a beautiful and distinctive gateway to the beach, a signature street defining Bonita Springs. Imagine tree-shaded pathways welcoming bikes and pedestrians, not just a funnel for cars.
In other words, try thinking of a very special place that will burnish Bonita Springs’ reputation as a great small city.

That age-old concept was recognized by most of the City Council when they recently decided to conduct a visioning study of Bonita Beach Road, and dropped a plan for city funding of further six laning of Beach Road, from Old 41 to Vanderbilt Drive.

On city council there is now talk of mobility fees to replace road impact fees; and “complete streets” designed for pedestrians and connectivity, as advocated by BikeWalkLee.

These voices are great to hear — and they have plenty of company.

In almost a thousand responses to a Lee County MPO questionnaire this year, “biking and walking” and “less driving” were ranked as top priorities, including in Bonita Springs.

In Rep. Curt Clawson we have an advocate in Washington supportive of these concepts.

And, significantly, we have a forward thinking state transportation department. “I was encouraged that City Council was looking to undertake (the visioning study) inclusive of all the users of that roadway — bicycle, pedestrian and transit,” said Carmen Monroy, FDOT’s Southwest Area Director, at the recent meeting where she recommended termination of the $1 million flyover study contract.

An overpass at Beach Road and US 41 could have cost upwards of $50 million, and more six laning of Beach Road an additional $22 million.

Let’s think of something a lot cheaper and a heck of lot nicer.

So imagine…perhaps a street with safe, tree-shaded pathways for pedestrians and bicyclists of all ages; where a mom bicycling with baby buggy in tow can pull up to Dolly’s for coffee and pie; where an ever more cool corridor, hopping with eateries, evolves west of US 41; where remote beach parking provides access for residents and takes traffic off Little Hickory Island; and where, yes, cars can also travel, but at speeds where drivers will actually notice stores and restaurants, not whiz by.

Imagine what a place it could be.

Other related SW Spotlight 9/1/14 articles this month re: Bonita developments:

On Aug. 27th, the Lee MPO announced the major "design-build" RFP for the TIGER complete streets initiative grant, with bids due by Oct. 27th. The smaller Construction Engineering Inspection (CEI) services contract was awarded earlier this summer. We can't wait for construction to start!

In September, the USDOT awarded the Lee MPO a $10.5 million TIGER grant for the Lee County Complete Streets Initiative project. The project scope includes construction of a shared use paths, bike lanes, sidewalks, sidewalk connections, way-finding signs, bicycle parking, bus shelters and ADA compliant infrastructure.  These improvements and enhancements are proposed along the Lee Tour de Parks Route and the University Loop identified in the  MPO's Countywide Bicycle Pedestrian Master Plan,  and along LeeTran's LINC and 60 bus routes. The result will be a connected corridor of biking and walking facilities linking downtown Fort Myers across Lee County south to FGCU and Bonita Springs, and ultimately to Collier County by transit. Click here to see Lee County 9/5 press release with map of the planned facilities.
Improving safety is a key goal of this project.  Lee County's traffic safety record for bicyclists and pedestrians is one of the worst in the state.  Twenty-two percent of recent roadway crashes involved injuries or fatalities to bicyclists or pedestrians--nearly double the national average.

TIGER grants are national demonstration projects with stringent requirements, rigorous performance measures and reporting systems, since USDOT is trying to look at long term benefits from these projects. Since September 2013, Lee MPO staff have been working with FDOT and FHWA to plan for successful implementation of the TIGER grant.

There will be two contracts for implementation of this project: the first is the Construction Engineering Inspection (CEI) services package (about 10% of the grant), which was awarded to the Atkins group (a global design, engineering and project management consultant firm) earlier this summer; and the second is the Design Build Criteria Package (about 90% of the grant), which is the RFP just announced. 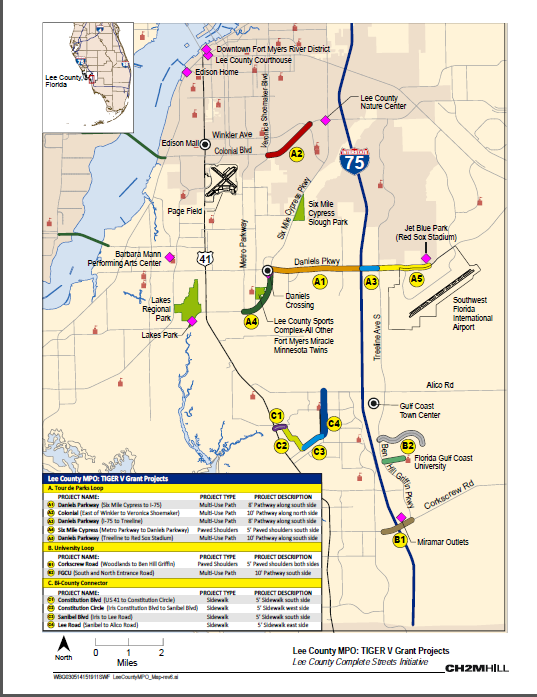 Design-Build Request for Proposal (RFP)
On Aug. 27th, the Lee MPO issued an RFP from qualified design/build firms to design and build the "concrete sidewalks and asphalt multi-use paths as indicated in the conceptual design plans and 11 bus shelters." Interested firms must submit their proposals by Oct. 27th.  and there is a mandatory pre-bid conference call at 9 am on Wed. Sept. 17th.  Click here for the RFP notice and details.

This is a national invitation RFP, so we hope that some of the best firms in the business will submit proposals.

BikeWalkLee will keep you posted as the TIGER project moves forward. 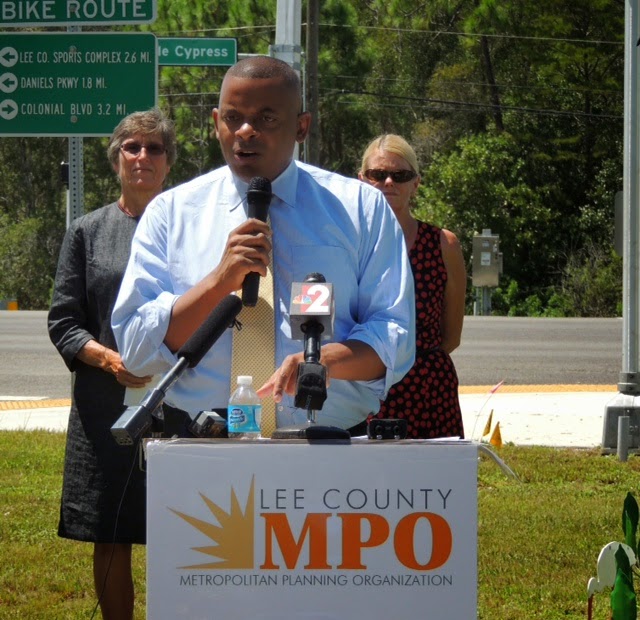 
At the Aug. 22nd Lee MPO Board meeting the Board debated at length whether to proceed with a study that would include examining a possible flyover option at the US 41 and Bonita Beach Rd. intersection.  After extensive public comment, including comments by BikeWalkLee's Ann Pierce, the Board voted 10-4 to suspend the FDOT study.  The Board also endorsed the LeeTran fare increase, which BWL also spoke in support of.

BikeWalkLee's comments on the US 41 and Bonita Beach Rd. intersection study:

Background on Bonita Springs Developments
To put BWL's comments at the MPO meeting in perspective, it's important to understand the context. As BWL reported on Aug. 10th, there have been several developments in Bonita Springs over the past month that signal support for complete streets and livable communities vision.

At the July 18th City Council meeting, two significant votes were taken:  The first was to fund a study to develop a vision for Bonita Beach Rd., with a focus on livability - bike/ped/transit and aesthetics. They then voted to halt continued funding for the next phase of the widening (to 6 lanes) of Bonita Beach Rd. pending the development of this area-wide transportation network vision.

Subsequently, on Aug. 6th, FDOT announced that it would be formally recommending to the MPO Board on Aug. 22nd that its PD and E study currently underway for the US 41 and Bonita Beach Rd. intersection be halted until Bonita’s visioning study is completed so that the results of that study can inform the future of this important corridor.


At the Council's August 6th meeting  there was a unanimous vote to direct staff to study the use of  mobility fees as a replacement for road impact fees so that these fees can be used for bike/ped/transit projects, not just roads.

Then on Aug. 12th at the Bonita Springs City Council's workshop on the downtown redevelopment project, they voted unanimously to direct staff to develop a complete streets ordinance for Council's consideration this Fall.  Staff's presentation highlighted the importance of complete streets as a tool for implementing the city's adopted sustainability plan, for making the downtown a safe bikeable/walkable/livable place, using treatments such as roundabouts, traffic calming, median enhancements, on-street parking, and road diets.
[See link to the video of the Council workshop.  The discussion and action on Complete Streets occurs at 1:44-2:18 on the video. 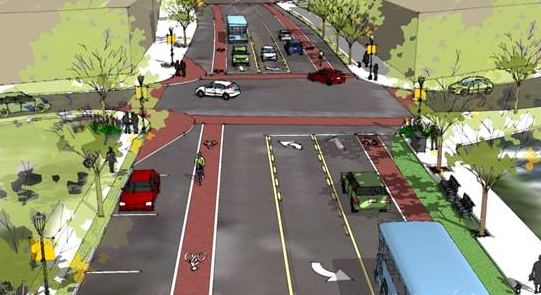 BikeWalkLee's Comments at MPO Meeting:
Ann Pierce spoke on behalf of BikeWalkLee about the Bonita Springs PD and E study and stated BWL's support for FDOT's recommendation to suspend the study. Pierce applauded the recent decision by the Bonita City Council to begin a Vision Plan for the whole of Bonita Beach Road - a plan, which if well conducted, can better inform a future FDOT Corridor Study.  She further applauded the Bonita City Council’s steps towards a coordinated Mobility Fee system and Complete Streets implementation.   BikeWalkLee sees these series of steps by the Bonita Springs City Council as the beginnings of a new model for comprehensive and integrated transportation planning.

Pierce advocated that the future FDOT study begin with the big picture well before narrowing down to analysis of any eventual engineering project. Transportation planning can no longer begin as a series of engineering studies, studies driven by Average Daily Trip numbers.  Pierce said, "We cannot build our way out of our transportation woes. We simply cannot afford it, nor would we want to live with the results."  Bonita Beach Road and this intersection could both be vastly expanded only to remain choked with cars headed up 2-lane Estero Blvd.  Pierce said, "we need comprehensive, inter-jurisdictional, county-wide, transportation planning, including our airport, which is very well managed, but operating at cross-purposes on transportation. "

Pierce elaborated on this point by saying that the left hand approved the expansion and enhancement of rental car facilities at this totally auto-centric airport, sending hundreds of thousands of rental cars rolling down Lee County roads.  At the same time, the right hand is struggling to fund its long term transportation capital budget.  Many airports have long since moved to complete transit service, saving and maximizing benefits to travelers and saving their citizens from enormous tax burdens. With no comprehensive, county-wide transportation planning, we all will end up losing. 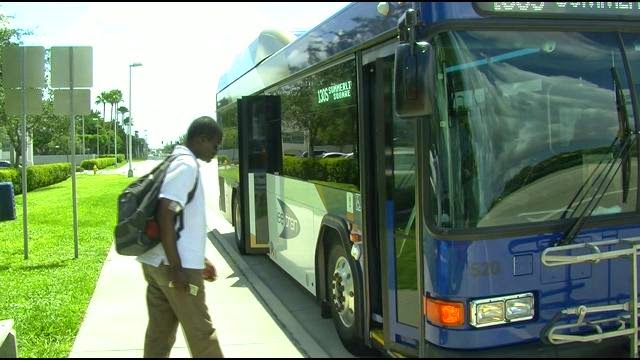 The MPO Board also endorsed the proposed LeeTran fare increase, which BikeWalkLee supports provided that the increased revenues are used to improve and expand services.  See BWL's Aug. 21st blog post, with link to our letter of support and a report from the BoCC public hearing on 8/19.  At Friday's MPO meeting, Ann Pierce spoke on BWL's behalf in support of the proposed fare increase and the planned service enhancements that will be directly funded by it, particularly any shortening of headways, which is the most critical factor in generating and maintaining a successful transit system.  Pierce stated that the widespread acceptance and support of this increase by the public and the press reflects the strong and wide spread community desire for expanded and highly functional transit services.

It's Monday morning and it's time to make plans to participate in one of the upcoming running/biking/tri events.  The Captiva Tri is just around the corner...are you signed up?? 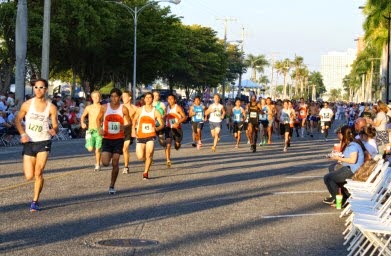 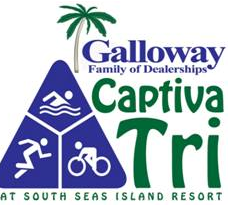