We reported in our February 18th blog that Lee County's Bicycle/Pedestrian Advisory Committee (BPAC) requested additional bike/ped retrofit funds.  On March 9th, BikeWalkLee sent a letter of support for BPAC's request to BoCC, which is copied below. Thanks again to BPAC for taking this action.  Now is the time to contact County Commissioners in support of this request.

BikeWalkLee wholeheartedly supports the Feb. 12th request by the Bicycle Pedestrian Advisory Committee (BPAC) for $2 million a year for stand-alone bike/ped retrofit projects. (Click here for BPAC letter to BoCC .) We urge you to include this funding level in the upcoming budget and beyond.

As you know, Lee County ranks as one of the most dangerous areas in the country for pedestrians and cyclists. Making our community safer for vulnerable road users is a top priority for agencies and elected officials in Florida, and requires a multi-faceted approach combining education, outreach, enforcement, complete streets, bike/ped master plans, changes in roadway design, and increased funding for bike/ped facilities. One of BWL's priorities for 2015 is for all jurisdictions in Lee County to increase bike/ped funding. Specifically for Lee County, BikeWalkLee is asking County Commissioners to substantially increase funds for stand-alone bike/ped projects (retrofits), to restore funds cut during the recession, and to begin work on the extensive backlog of BPAC-approved and-prioritized projects.

BPAC has done important work on behalf of the Board for years, as it reviews, recommends and prioritizes bike/ped retrofit projects for consideration in each year's CIP budget. Since the Board's adoption of its Complete Streets policy in 2009, the county has made progress in improving the county's bike/ped facilities network, as such facilities are now incorporated into the design of new road projects. However, we have decades of development that did not include bike/ped facilities and must be retrofitted to make our community safer for pedestrians and cyclists. Each year, more community groups and citizens come before BPAC requesting a sidewalk, shared use path, bike lanes or improved crosswalk to make their community safer. The demands keep growing, but the resources keep shrinking. In order to address this growing backlog and meet the demands for safer walking and biking facilities by the citizens of Lee County, increased funding is needed.

With over 85 projects on the list, costing a total of $68 million, there is serious competition for how the scarce resources are allocated. BPAC uses objective criteria for prioritizing the projects and has taken great care to assure the allocation of resources is equitable throughout Lee County. Because of this careful consideration, BikeWalkLee would like to emphasize the importance of using the priorities already in place to fund projects if additional funds become available. Attached is the latest BPAC Candidate Projects Prioritized List.

At your March 3rd budget workshop, the Lee DOT Director presented the draft transportation 5-year CIP for the coming year, which recommends $6.1 million for bike/ped stand-alone projects, with an additional $3.7 million in the 6-10 year window. This proposal is a good starting point for the Board's consideration. We urge you to fully fund the $2 million/year request, providing $10 million for the 5-year window and another $10 million for the 6-10 year window. The draft CIP adds 4 new projects, meaning that 81 projects remain on the list. We urge you to recommend additional projects from the list to be funded, consistent with BPAC's request.

The $2 million/year is a modest request, given that the county used to allocate the equivalent to $3 million/year to these projects (the present value of the 1998 funding level). In 2009, funding was cut in half for these projects due to spending cutbacks during the recession. However, the County has recovered from the recession and it is time to restore this cut and increase its investment in biking and walking facilities.

BikeWalkLee undertook an analysis of the history and trends in funding for these stand-alone projects and was surprised to learn the extent to which the county's investment has declined over time, and how its standing among jurisdictions both within the county and nationally ranks low in terms of per capita investment in these types of projects. (Click here for BikeWalkLee's report.) We were also surprised to learn that less than 20% of the funds allocated to the BPAC account in the past four years has actually been expended. In addition to increasing the funding for these projects, we urge the board to make completion of these funded projects a higher priority so that the benefits of having bike/ped facilities can be enjoyed by the citizens of our communities. The demand is clear, as was thoroughly reported in last Sunday’s News-Press series on bike/ped fatalities. (Click here for News-Press March 8th feature coverage on biking safety.) In addition, an increased investment in bike/ped safety through better facilities will pay great dividends to the county’s residents and visitors.

We urge the Board to fully fund the BPAC request which responds to the community's desire for enhanced walking and biking infrastructure. Thank you for your consideration.

Darla Letourneau
On behalf of
BikeWalkLee 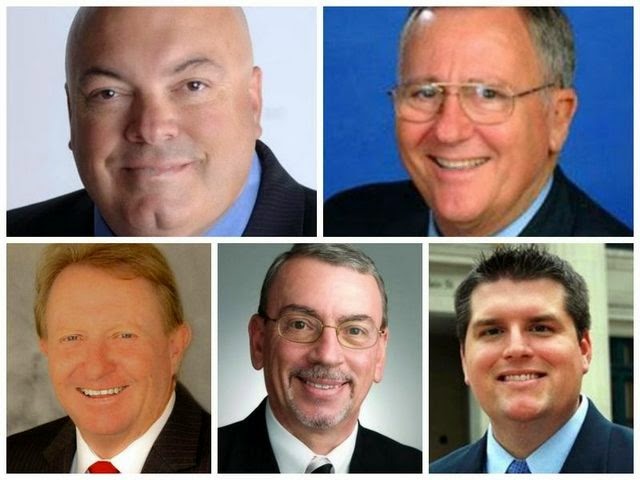 Action Alert:
Now is the time for citizens and organizations to contact the County Commissioners to urge them to support the $2 million annual funding level for the BPAC account line in the upcoming budget deliberations.