Florida bike crashes: 7 things that may shock you 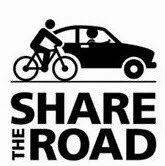 Florida bike crashes: 7 things that may shock you

A News-Press Exclusive: Snowbirds aren't to blame for most crashes; red-light running bicyclists aren't either, an analysis of five-years worth of data shows.

Florida is tops in the wrong way. Last year, 120 people were killed while riding bikes.
The Sunshine State has long been the most lethal in the nation for bicyclists.


There's a litany of reasons why: wide and fast roadways, lack of safety education, bad drivers, under-equipped bicyclists, yearlong riding weather, and lagging infrastructure and laws. The powers-that-be realize it's a problem. Many safety advocates, planners, lawmakers and law enforcement are patching together solutions.

12 deaths:One terrible statistic, a dozen heartbreaking stories
The Florida Department of Transportation has elevated the safety of vulnerable roadway users to a critical priority.

Southwest Florida often ranks in the top 10 in the state for bike fatalities and crashes.
Related: SWFL's dangerous roads an eye-opener for bike specialist

The News-Press analyzed five years of data on 1,400 Lee and Collier bike crashes with the aim of digging deeper into the dangers. Complete data was not available in many crashes. We couldn't answer every question, but we were surprised by much of what we found.

In number of deaths, Lee tied for third statewide in 2014. There were eight. Four bicyclists died in the entire state of Iowa in the same time. Granted, it's a state where few people mount two wheels when it feels like 10 below.

Lee ranked 11th for its rate of cyclist fatalities per 100,000 people, double the rate of Miami. Lee hit a 14-year high in bike injuries.


Collier counted three fatalities in the past year or so, and fared poorly with crashes. With 137 crashes, it ranked seventh among Florida counties in the rate of bike crashes per 100,000 people in 2014, according to The News-Press analysis. The number of Collier bike crashes has jumped by nearly 40 percent in the past three years. In the same time in Lee, it's spiked by nearly 71 percent to 222. A major caveat to all of this data: Most Southwest Florida bicyclists don't get hit.

There aren't accurate statistics on the numbers of people biking in Southwest Florida, but the anecdotal rise in riders, a trend nationwide, is visible. Nearly 25 million residents and tourists ride bikes each year in Florida, according to the governor in his proclamation of March as bike month. Riding becomes safer as more people do it and biking infrastructure improves, said Ken Gooderham of the advocacy group BikeWalkLee.

"Communities are pushing biking as a real asset. European visitors expect to be able to do that without being killed, which I think is a reasonable expectation."

Bright spots: Several local governments, though not all, have recently adopted laws and projects to make bicycle riders and walkers safer. "It's a good time for cyclists and walkers because both the Collier County commissioners and the city of Naples are very attuned to bike/ped issues," said Beth Brainard, executive director of the advocacy Naples Pathways Coalition.

It's typically not a 92-year-old behind the wheel of a Buick when a bicyclist is struck. It's more likely to be someone in their 20s or 40s. The 20- to 24-year-old drivers occupied the top spot for bike-involved crashes. Then came 45- to 49-year-olds.

"We all have this common misconception that it's elderly drivers but if you look at the data, it shows otherwise," said Jay Anderson, executive director of Stay Alive ... Just Drive! in Fort Myers. He blamed driver immaturity and driver complacency for the older group.

The bulk of crashes occurred during season and tapered off in June. The lowest risk occurs around August. Predictably, most crashes happen when roads are busiest: from 8 a.m. to 6 p.m. weekdays. There are hot spots in East Naples, Immokalee, Cape Coral, Bonita Springs and central Fort Myers. Captiva, Pine Island and Sanibel counted among the lowest number.

"We all have this common misconception that it's elderly drivers but if you look at the data, it shows otherwise," said Jay Anderson, executive director of Stay Alive ... Just Drive! in Fort Myers. He blamed driver immaturity and driver complacency for the older group.


Red-light-running bicyclists don't cause most crashes

Drivers who didn't yield did

Bicyclists whip up vitriol on par with tax hikes. Drivers have written to us that bicyclists deserve to be "pancaked" for riding in the road, though the law allows them to be there. A USA Today story called the driver v. cyclist divide "bike lane backlash." In December, a Collier County supervisor threatened to "plow" a cyclist off the road on Facebook.

"It is dangerous," wrote Martin Conley in a Mailbag letter in The News-Press, "when the bike riders, dressed in their 'colors' and spandex take to the road and feel that they own all of the road, as they ride in packs, blow traffic signals and barely, if ever stay within their lane."


No matter your feelings on spandex, The News-Press analysis showed motorists were twice as likely to have been the main cause of bike crashes, mostly by failing to yield, than to have been blameless. Most impacts happened at angles at intersections.

Even if bicyclists weren't at fault, that's not to say their actions, or inaction, didn't contribute if they weren't using reflective clothing or lights. A Florida Highway Patrol spokesman said the lack of lighting on bikes and roads are major problems. The law mandates rear and front lights in the dark. A Governors Highway Safety Association 2014 study found more than two-thirds of bicyclists killed weren't wearing helmets, though the speed at which a bicyclist is struck also determines survival.

The visibility of a lawless cyclist, or group, at a major intersection does foster driver rage, said Dan Moser, a bike safety instructor and advocate with BikeWalkLee.

"What happens is the next poor schmuck like me, riding my bike doing everything right, they're the next person they see and say, 'What the hell are you doing on the road, you jerk? You're just like the rest of them.'"

Tom Stafford, a United Kingdom university lecturer, suggested in a BBC column there is even an evolutionary basis for motorists' hatred of some bicyclists: They offend the moral order when they use roads and don't follow the same rules as cars.

Bike groups work to keep members in check. Naples Velo, an 800-plus member cycling group, requests that all members sign a group ride safety petition that among 10 commitments, asks riders to abide by all traffic laws. The group has ride marshals and has welcomed a Naples police officer, who rides with the group to beef up safety. He's provided feedback on ways to make rides safer and watches for errant motorists.

None of the 12 bicyclist fatalities since January 2014 in Southwest Florida happened during group rides, though there have been serious crashes.

A hefty proportion of Florida drivers are scary-bad

One reason some give for Florida's high number of bicyclist deaths is that some of the worst drivers in the nation call Florida home. Hit-and-runs have increased by 50 percent in Lee County in the past two years and 41 percent in Collier. Indeed, a quarter of traffic crashes statewide are hit-and-runs, according to the Florida Highway Patrol.

Florida was one of nine states that have fallen "dangerously behind" in the adoption of key highway safety laws, according to a January report from the Advocates for Highway and Auto Safety. Florida is lacking in teen driver and impaired driving laws and texting and cellphone restrictions, it said.


Some pickup drivers can be road bullies

But they aren’t hitting cyclists the most

In January, a pickup driver unleashed a spool of road rage on Bonita Springs bike commuter Ryan Scofield while he was riding in the full lane in Naples, which he is legally allowed to do on narrow road stretches. This was the worst incident he's experienced, but there have been others.

"If I looked at a percentage of the incidents, I'm sure a larger portion of them have been pickup trucks, but I think that just represents the working class that has been working all day and is tired and wants to get home and I'm just getting in the way," Scofield said.

Jeff Michelland, a federal prosecutor and Fort Myers cyclist who helped craft a bill that, among other things, prohibits harassment of cyclists, was one of several bicyclists who told us about pickups intentionally releasing plumes of black smoke on bicyclists. Our analysis showed passenger cars, by far, were involved in most crashes. Pickups and SUVs trailed a distant second and third.


The fine for a life is cheap

If a driver accidentally kills a bike rider or walker in Florida, the maximum fine a judge may impose for a moving violation is $1,000 in the case of death along with other penalties, such as court costs, according to the Lee clerk's office. It's the same when a driver commits a violation that kills another driver, but motorists are steeled by 3,000 pounds of metal. Last year, a driver failed to yield to a woman riding in a crosswalk in East Naples. The bicyclist died. The driver paid a $1,600 fine

Death cases that result in a fine instead of a criminal charge are the inspiration for a dark joke that's been circulating for years. Tim Bustos, former executive director of the Florida Bicycle Association, shared it with us last year.

"If you murder someone in Florida, just make sure you drag them onto a bicycle because then you won't be charged."

Increasing nominal tickets for injuring bicyclists was the motivation behind a bill being pushed by Southwest Florida lawmakers, Rep. Kathleen Passidomo, a Naples Republican, and Rep. Heather Fitzenhagen, a Fort Myers Republican.

Related:The birth of a bill to protect cyclists, walkers

The safety bill boosts fines up to $2,000 in cases where vulnerable road users are injured. It was crafted by Southwest Florida cyclists Tish Kelly and Michelland, the prosecutor, and Georgia Hiller, the mother of a cyclist who happens to be a Collier commissioner. Adopting a vulnerable road user law tops the list of recommendations for Florida by The League of American Bicyclists.

It will cost you billions

The annual economic cost for all motor vehicle related crashes is about $277 billion, according to the Advocates for Highway and Auto Safety report. In Florida, it's about $12 billion. The median admission charge for a non-fatal traffic injury was about $60,392 in 2012, said Florida Department of Health.

About 70 percent is covered by private insurance, but Medicaid, Medicare and underinsured people pick up the rest. There's also costs in lost wages and to family members, said Syndi Bultman, Lee Memorial Trauma Center's injury prevention and resource manager. If the person becomes disabled or poor because of injuries, they'll qualify for public benefits. "I've known people that have lost everything," Bultman said.

Data note: The data on 1,400 bike crashes provided by Lee and Collier governments does not include all local bike crashes. We excluded reports that were unclear whether there was a walker or bicyclist involved. The data is far from perfect. Complete data was not available for many data fields. We relied on the Florida's Integrated Report Exchange System for overall statewide and county-by-county numbers.

Share the road: Bicycle crash facts  (7 graphs that tell the story behind the numbers)