News-Press continues their focus on bicycling safety and their "Share the Road" campaign, with another Sunday feature edition. This 7-part article highlights 7 cities across the country that are doing innovative things to create a bicycle-friendly environment. See links below to the chapters about each of the 7 cities.

The second feature article details solutions in SWFL for bicycle safety issues. The bottomline message--we need to step up our game! Thanks again to reporters Jaine Zeitlin and Laura Ruane for their excellent work.

Bike Boxes at intersection, protected lanes and education are among the solutions that are working in cities throughout the U.S.

Editor's note: Come back Monday for a story detailing the solutions to Southwest Florida's bicycle safety issues, you can also find it in print Sunday.

Why should Southwest Florida put up with a dozen deaths of bicyclists in roughly a year when places with similar populations, or even larger cities, such as Portland, Oregon, often count none?

Where's the outcry? What sets these places apart from us?

"It's all about political will," said Bill Nesper, a vice president with the League of American Bicyclists. "This isn't really about the bike. This is about the bike as a means to that quality-of-life end.

"Portland decided we're going to be this kind of place."
"This isn't really about the bike. This is about the bike as a means to that quality-of-life end."

Portland has long been one of the nation's havens for folks on two wheels. It started with a push from a city councilman in the 1990s. The city now counts more than 300 miles of bikeway among its laundry list of bike-related accomplishments. It would be tough to beat places like Portland or Minneapolis for bike-friendliness. No one is expecting us to.

"Lee County needs to be Lee County, plus bikes," Nesper recommended. "You have to look where your low-hanging fruit is and start there. It's not something that is going to happen overnight."

In recent years, numbers of bike crashes and deaths have spiked to alarming peaks. Florida is the most lethal state in the nation for bicyclists. Last year, Lee had eight bicyclists die, tying with Orlando and Tampa for the third-highest number of bicyclist fatalities in the state.

Related: 7 Florida bicycle facts that may shock you

A Cape Coral freshman on his way to high school died after being hit by a deputy; a driver accused of going more than 100 mph struck and killed an avid cyclist in the Cape; and a pizza cook riding home from work one night on Pine Island Road was killed in a hit-and-run. His body wasn't found until 11 hours later. In Naples, there were three fatal bike crashes last year, including two commuters hit in intersections while riding along sidewalks.

But there are glimmers of promise.

Enthusiasts, law enforcement, officials and some elected leaders are taking steps to make biking safer in Bonita Springs, Naples, Sanibel Island, Cape Coral and Fort Myers. You can learn more about some efforts in our story on local solutions. In Lee County, projects to add bike paths, bus shelters and sidewalks with a $10.4 million federal grant are slated to start in July.

"We're so spread out. It's hard to see the sum of it all," said Darla Letourneau of advocacy coalition BikeWalkLee. "To me, the most important thing is that it's starting to take hold in the fabric of the community.

But, as a whole, we're largely still talking about filling the gaps while other regions, in Florida and across the nation, are looking to innovate, overhaul roadways and seriously invest. Where are the protected bike lanes where parents and their kids can feel safe riding to grab some ice cream? Where's the intensive education for young drivers? Where's the proof that shows we're committed, as a region, to bringing down our abysmal pedestrian and bicyclist fatality statistics?

We asked the League of American Bicyclists about places that were doing it right. (A league specialist visited Southwest Florida earlier this year and scored Lee a 3 out of 10. Some of his recommendations included adding buffered or protected bike lanes on busy roads.) Here are some of the cities the league suggested and some whose examples we admired. Frankly, we're jealous.

The News-Press cycling safety experts Janine Zeitlin and Laura Ruane provide details on steps that are being planned or have been executed in seven cities across America with the goal of finding a happy medium between motorists and cyclists. 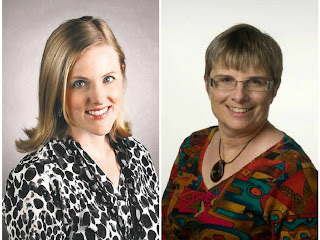 Links to the 7 city stories: