LeeTran ridership is up substantially 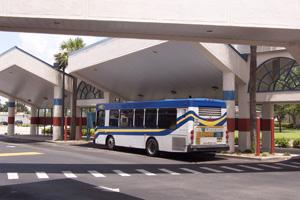 At last Friday's MPO meeting, the LeeTran Director, Steve Myers, reported that ridership on LeeTran is up substantially.  The first quarter of this year, compared to the same month last year, shows the following increase in ridership:
October--up 11%
November--up 20%
December--up 25%

The new LINC line, which connects Lee and Collier counties and opened in October 2011, has reached a ridership of 21,770 in the first quarter...compared to the estimated ANNUAL ridership of 24,500!  Clearly, the demand for transit services is increasing...and these numbers were before the price of gas escalated to almost $4/gallon!
Posted by Darla at 2/24/2012 07:47:00 PM