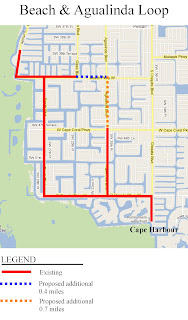 At last night's Cape Coral City Council meeting, the Council approved the bike lane requests on Agualinda Blvd. and Beach Parkway, as proposed by the SW Cape Coral Neighborhood Association (SWCCNA) over a year ago. There will now be an additional 1.1. miles of bike lanes that will connect with 17 miles of existing lanes and bike paths. This proposal has been through a long series of public meetings, council and committee meetings, and FINALLY, it has been approved.  It would not have happened without the dedication and persistence of Pat Young and Steve Chupack of the SWCCNA.  Many thanks to residents of the Cape who spoke up in support of this proposal, and for ongoing support from Caloosa Riders and BikeWalkLee.  And thanks to the Cape Coral City Council!


Hopefully, the lanes will be constructed in the next several months so that residents and visitors can soon enjoy a connected 17-mile ride! 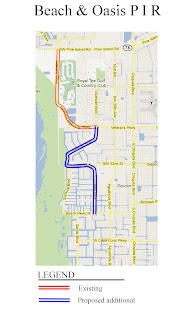