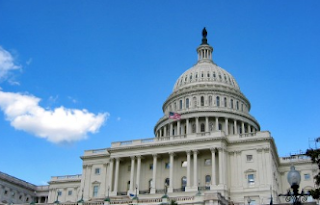 Last week, two House committees took up the highway bill—the American Infrastructure and Energy Jobs Act.  With less than 2 days to read an 864-page bill before the Transportation Committee’s mark-up, the national advocacy groups did an incredible job of quickly analyzing the bill, organizing amendments to change the bill, then rallying advocates and supporters across the country in support of both bike/ped programs (TE and SRTS) and transit.

Bike/Ped Programs:
First, on February, by a vote of 27 to 29, the House Transportation Committee voted against the bipartisan Petri/Johnson/Lipinski amendment to restore the TE and SRTS programs to the bill.  Florida’s two members—Chairman Mica (R-FL) and Rep. Southerland (R-FL) both voted against the amendment.
Click here for a write-up by the League of American Bicyclists about the action: http://blog.bikeleague.org/blog/2012/02/strong-fight-from-rep-petri-others-but-pro-bike-amendment-defeated-by-two-votes/
The Rails-to-Trails Conservancy organized a letter in support of the bike/ped amendment, and BWL signed on (note: our name was inadvertently left off the list even though we signed on).  Click here for the letter: http://www.railstotrails.org/resources/documents/resource_docs/2012_House_T&I_Letter.pdf
Thanks to many of you who answered our calls for action and placed calls to members’ offices and signed on to the bike/ped action letters online.

Transit:
On Friday, the House Ways & Means Committee took up the funding sections of the bill under their jurisdiction and in an unprecedented and unexpected move, the committee kicked transit funding out of the Highway Trust Fund and into the annual appropriations process.  This means that every year transit would have to fight for its full share of funding in Congress.  With less than 8 hours notice, Transportation 4 America put together a letter and got it signed by more than 600 groups from an unbelievably broad spectrum.  BikeWalkLee was one of the signers of this letter: http://t4america.org/wp-content/uploads/2012/02/HR3864-coalition-letter.pdf

Unfortunately, The Committee ignored this broad, bipartisan opposition and went full speed ahead with their plan to kill dedicated transit funding.  One bright spot was that one of Florida’s members, Rep. Buchanan, who represents the Sarasota region, voted the right way on the bill, and T4-America officials thanked the Florida team for our efforts.  Thanks to those in our network who responded to our action alert and called Rep. Buchanan and signed online letters.

Next Steps:
Transportation Secretary Ray LaHood decried the House bill, saying it is “the most partisan transportation bill that I have ever seen” and added that it's "the worst transportation bill during my 35 years of public service." http://www.politico.com/news/stories/0212/72369.html
While we lost these votes last week, the battle is far from over. According to press reports, a backlash is building from all sides against the House transportation bill.  The House is scheduled to debate the bill on the House floor the week of February 13th, so expect more action alerts and requests for assistance.  Our voices can make a difference!