Rep. Passidomo introduced her bill, HB 231, last week, aimed at protecting cyclists and pedestrians on Florida roads. Click here for the text of the bill, and click here to track the bill as it winds its way through the Florida Legislature. Ask your state representatives to co-sponsor and/or support HB 231. We'll keep you posted as the bill progresses, so stay tuned.

Naples Daily News: 1/26/15 article follows on Jan. 23rd News-Press, "The birth of a bill to protect cyclists, walkers," by Janine Zeitlin News-Press article
Florida Bicycle Association's Executive Director Becky Afonso voices FBA's support for bill, and hopes that some additional changes will be made as the bill moves forward.

NAPLES, Fla. - It was an accident that got Kathleen Passidomo involved.

Her law partner, Chuck Kelly, was struck by a pickup in January 2014. He broke his back, ribs and punctured a lung. The driver that hit him was cited by Naples police for improper passing.

“He is never going to be the same because he has so many injuries,” said Passidomo, a Republican state representative from Naples. “The driver of the pickup truck got nothing.”

Passidomo is hoping to change that. She filed legislation (HB 231) earlier this month aimed at protecting vulnerable users of Florida’s roadways, such as cyclists and pedestrians.

“We passed the Aaron Cohen (Life Protection) Act last year, but it was very narrow. It only applies to hit and run scenarios,” Passidomo said. “If there’s bodily injury, there’s no penalty for a driver who hits a cyclist, unless (the driver) runs away or kills them.”

Passidomo said her measure is a “common sense approach” to sharing the road.

The proposal includes provisions that permit a motorist to cross the double yellow line to provide at least three feet when passing a vulnerable user; make it a misdemeanor to harass a cyclist; and requires driver’s license exams to include testing on laws related to vulnerable users.

Jeff Michelland, a federal prosecutor and Lee County resident, worked with Passidomo to draft the legislation. Michelland, an avid cyclist, said he became interested in changing the law after a friend of his was badly injured when he was hit by a motorist in Fort Myers. The motorist, he said, was cited for careless driving.

“We were scratching our heads,” said Michelland, who worked with Tish Kelly, Chuck Kelly’s wife, and Collier Commissioner Georgia Hiller to advocate for the legislative change. “We said maybe we can do something to try to change some of this to protect cyclists and other people who use the roads.”

McDonald said the majority of those accidents were caused by a right of way violation and cyclists were at fault less often than cars.

“The problem with a bicycle crash is the cyclist is pretty much without exception on the losing side of the battle,” he said. “Most of them are going to have injuries.”

From 2010 to 2012, six states — California, Florida, Illinois, New York, Michigan and Texas — accounted for 54 percent of all cyclists’ deaths because of collisions with motor vehicles, according to an October 2014 bicycle safety report for the Governors Highway Safety Association.

“This is an issue that isn’t just local to Collier County,” said Hiller. “It’s of importance to the entire state.” 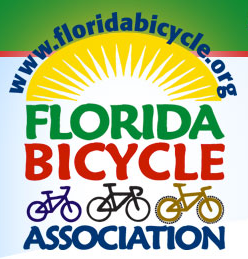 Becky Afonso, executive director of the Florida Bicycle Association, said her organization supports legislation aimed at making the roads safer for all users. While there are a few tweaks she’d like to see made to Passidomo’s bill, she said she sees it as a good first step.

“We’re hoping that some of the changes and additions make it easier to understand and go out there and enforce,” she said.

Afonso said education, particularly for drivers who aren’t cyclists, will be key to making Florida’s roads safer.
Passidomo has included several education components to her measure, including a requirement that driver education and traffic law courses provide instruction on laws relating to vulnerable users.

Tish Kelly said the past year has been a terrible one for cyclists, and it is time lawmakers take steps in 2015 to change the law.

“It has been a bloodbath this year,” she said. “It’s been (one accident) after another. It’s terrible.”

Passidomo filed the measure on Jan. 12, and it has been referred to four House committees for a hearing. As of Friday, the measure did not have a companion bill in the Senate. 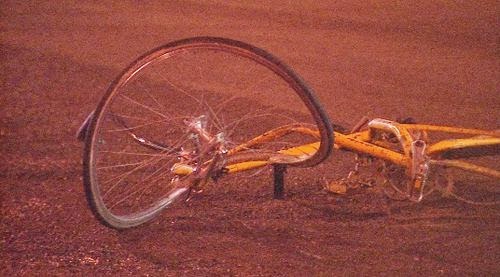 From Jan. 23rd News-Press, "The birth of a bill to protect cyclists, walkers," by Janine Zeitlin

Highlights from the House proposal:
•Defines the terms "vulnerable user" and "bodily injury."
• Amends the 3-foot law by including any part of or attachment to the motor vehicle, anything extending from the motor vehicle, and any trailer or other thing being towed by the motor vehicle.
• Makes it illegal for a person operating a vehicle who overtakes and passes a vulnerable user proceeding in the same direction to make a right turn at an intersection or into a private road or driveway unless the turn can be made at a safe distance.
• Permits a driver to cross a double yellow line when passing a vulnerable user in order to provide at least 3 feet.
• Makes it a misdemeanor to harass, taunt or maliciously throw an object at or in the direction of a person riding a bicycle.
• Defines "substandard-width lane" in bicycle regulations statute.
• Increases penalties and requires mandatory court appearance for careless driving, violation of the 3-foot law; and violation of the new right-turn law, if the violation contributed to the bodily injury of a vulnerable user, and requires the law enforcement officer issuing the citation for the violation to note such information on the citation;
• Mandates driver education and traffic law education courses provide instruction on laws about the rights and safety of vulnerable users.
• Mandates driver license examinations include testing on laws relating to vulnerable users.

Click here for the text of the bill, and click here to track the bill as it winds its way through the Florida Legislature.