Lead story in today's News-Press focusing on efforts in both Collier and Lee Counties to find solutions for cyclist safety. 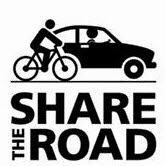 When it comes to bike safety on Collier’s roads, some of it might come down to the roads themselves.

The Collier Metropolitan Planning Organization is holding a series of public workshops for its Pilot Pedestrian and Bicycle Safety Study. The study is aimed at using data to help better plan Collier’s roads and public works to minimize bike and pedestrian crashes.

Between 2007 and 2011, Collier outpaced the state average for bicycle crashes and fatalities per 100,000 population, according to a Collier MPO study in 2014.

Improvements, like wider lanes, bike lanes and changes to intersections, are necessary to help keep Collier’s bikers safe, according to advocates.

“This is very needed because of the high incidences of crashes in the county. There is a whole wide range of infrastructure improvements that can improve safety for cyclists,” said said Beth Brainard, executive director of the Naples Pathways Coalition, a nonprofit organization focused on pedestrian and cyclist safety.

The study is being undertaken by the MPO’s Pathways Advisory Committee, a 9-member panel comprised of residents from across the county who advise the MPO Board on issues related to bicycles and pedestrians and city planners and traffic engineers from the Florida Department of Transportation. The working group is analyzing crash data from Collier’s major roads, including U.S. 41 and Airport-Pulling Road, and looking for ways to prevent those accidents.

Advocates say improving the roadways is an important step to keeping cyclists safe. Wider roads would enable motorists to pass bikers without veering into oncoming traffic. Being stuck behind slower cyclists is something that can drive road rage, said Tish Kelly, a local competitive cyclist and member of Naples Velo, a cycling group.

“One of the top problems in the area is drivers going by us and then taking a right turn. Motorists don’t realize the speed we’re traveling at,” Kelly said.

The group’s next meeting is today at 1:30 p.m. at the county Growth Management Division office on Horseshoe Drive in Naples.

The Lee County Metropolitan Planning Organization is reviewing last year’s enforcement and education efforts targeting drivers and bike riders. On Jan. 16, at Cape Coral City Hall, MPO leaders will provide an overview of last year and an update on its bike safety action plan, which was developed about a year ago. They are in the process of gathering data, said Don Scott, Lee MPO executive director.

There were eight bike crash fatalities last year in Lee, compared with five the year before, MPO data from November shows. There were 160 bike crash related injuries by November putting the county on track to beat the 175 it hit in 2013, which was the highest number in 12 years.

The factors contributing to the high number of bike crashes and fatalities are diverse and scattered, which makes it hard to winnow out solutions.

“It’s all over the place,” Scott said. “It’s hard to make a big impact and say, ‘I’m going to do something in an intersection.’”

“It points to a bigger problem rather than one thing that’s going to solve it.”

The Lee MPO has been talking with the injury prevention council to perhaps produce public service announcements on issues like distracted driving and keeping an out for bikers and walkers, Scott said.
The Collier study is the latest action by Collier to help improve the safety of non-motorized traffic.

Last month, the Board of Collier County Commissioners voted to approve the first reading of an anti-harassment ordinance aimed at protecting bikers, runners, pedestrians and people in wheelchairs from abuse by motorists. The ordinance would be the first of its kind in the state.

The board is expected to vote the proposal into law at its meeting Tuesday.
Staff writer Janine Zeitlin contributed to this report.


Learn more
Share and learn about ideas to make the roads safer on The News-Press Facebook page, Share the Road Florida.
Posted by Darla at 1/12/2015 02:00:00 PM