If you're a member of the League of American Bicyclists, you received the Winter 2015 "American Bicyclist" magazine this week, which includes a great article by Bicycle Friendly Community Specialist, Steve Clark, who recently visited SWFL to help local leaders create more bicycle-friendly places. Based on his visits to 77 communities across the country last year, he shares his five key insights from these trips, which adds to the wealth of insights we gained from his recent visits to Sanibel, Cape Coral, Bonita Springs, and the upcoming visit to Fort Myers next week. (See the link to our Jan. 18th blog story: Reflections on national Bicycle Friendly Communities expert, Steve Clark's week in Lee County. 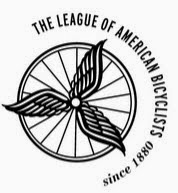 This week's Alliance for Biking and Walking "Roundup" Newsletter had the following excellent summary of Steve's article, which they called "THE DNA OF A BFC"

Steve Clark of the League of American Bicyclists visited 77 communities last year, riding the streets and talking to planners and advocates. He came out with some insights that every biking and walking group in the country should read.

He said that "things like a Comprehensive Bicycle Master Plan, staff to implement the plan, and a strong network of bike facilities, policies and ordinances that will help institutionalize safe cycling" are key building blocks for a bicycle-friendly community -- indeed, they comprise "the DNA of a BFC." But only if they're implemented with passion and rigor, and not just checked off a list. Cities (and the advocates themselves) must not view bicycling as a "special-interest activity" but "as part of a larger effort to make streets more livable, communities more vibrant and places more accessible for the benefit of all."

And those advocates need to be bold. "When I go into a city I look for signs of healthy tension," Steve says. "If the bike organization leaders have only positive things to say [about city officials], and yet it’s clear that conditions for bicycling and walking are far from ideal, something is wrong." The advocates' job, he emphasizes, is to make the city bike coordinator look moderate. "The key is to be respectfully relentless," he writes.

Steve highlights the important role of bike shops in pushing advocacy and infrastructure forward. And he encourages advocates to view opposition as a sign of success, not an invitation to retreat.
Check out Steve's whole article. It's a good read.


Below are a few more excerpts from the article.  I've included the headings for the 5 key insights, but you'll need to read the article to see those details.  What I have included here are his important insights about advocates, appropriately titled, "Hey Advocates: Be Bold!"  Thanks, Steve for the inspiration and motivation.

Below I've included his full insights on #4--advocates.

1.  BUILDING BLOCKS MUST BE MADE OF STRONG MATERIAL
2.  THREE LEGS DO NOT MAKE A STOOL
3.  IT’S NOT WHAT THE CITY CAN DO FOR BIKING BUT WHAT BIKING CAN DO FOR THE CITY
4.  HEY ADVOCATES: BE BOLD!
5.  MAKE THE BEST OPTION THE EASIEST OPTION 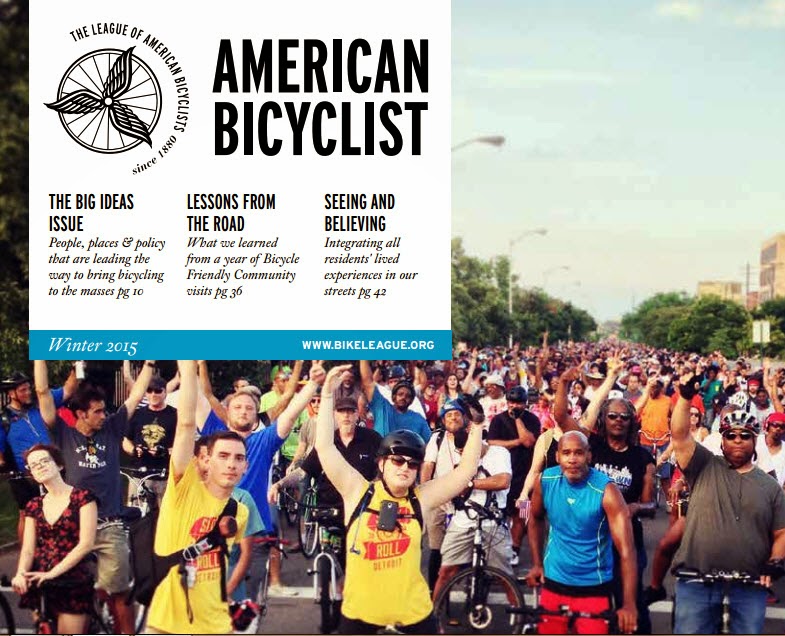 Focus on #4-  HEY ADVOCATES: BE BOLD!  [Steve's insights in their entirety]
When I was Bicycle Coordinator in Boulder, Colorado, I secretly helped to start an advocacy group so that I could be more effective in my position. I needed the advocates to be bolder than me to allow for incremental change to occur. In a nut shell: their job was to make me look moderate.

There is, of course, a fine line between being bold and being crazy — but it seems to me that far too many groups are so far from this line that they're not providing the support or friendly agitation that staff need to get the job done. When I go into a city I look for signs of healthy tension; if the bike organization leaders have only positive things to say, and yet it’s clear that conditions for bicycling and walking are far from ideal, something is wrong. The relationship is further compromised if the advocates are dependent on contracts with the public agencies. It’s hard to be an effective voice when speaking out could hurt the operating budget of an organization.

On the other hand, advocates need to be quick to write letters of thanks and promote the positive as much as possible. If staff only hear complaints, that can be demoralizing. The key is to be respectfully relentless and to truly understand that your job is to reflect community values of good health, a vibrant economy, clean environment and transportation choices. Who could argue with any of that?

Well, the reality is if you're doing anything to change the status quo, people will argue with it. And, let’s face it, most of us don’t really like conflict and the first sign of any opposition makes us fearful and we may feel like backing off. But opposition should be viewed as a positive sign. It truly should be seen as the best barometer that you are making a difference.  And quite often, it's only because of opposition that more people get involved and begin to understand what's at stake.

I’ve gone places where a road diet has gone in and, despite reducing crashes and increasing bicycling, certain groups became mobilized and were able to get political leaders to retreat. But then that led to better mobilization among advocates and a backlash for the politicians who caved in to the “I like going fast in my car” crowd. The one step backward led to two or three steps forward. So again, be bold and embrace opposition as a sign you're doing something that will make a difference.