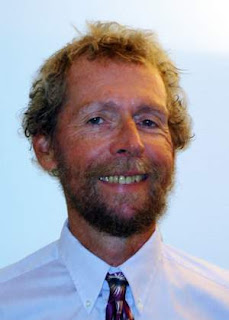 Common sense should dictate you don’t do something that’s proven to be unsafe, increasing the risk of injury to you and others. However, when common sense isn’t so common, the law may have to step in to protect public safety.
That’s the situation facing Florida legislators over a hot issue — use of cell phones while driving.

No state currently enacts a complete ban, but many do have some restrictions about driving and dialing on the books — including texting behind the wheel, which is banned in all but 15 states.

Another pair of bills — HB 187 and SB 930 — goes in another direction, to prohibit any cell phone use by drivers under age 18 and those operating a school bus.
These common-sense laws are facing opposition from those who view any restriction of driving activities as an infringement of their rights, as well as those who worry about abusive enforcement of such bans.

To the latter: Any new law has the potential to invite abuse. If that was the criteria for legislative passage, nothing would ever be enacted. However, these bills specify any ban will be enforced as a secondary action — meaning you can’t be pulled over for texting, but you could be charged in conjunction with, say, an accident.

To the former: When do your rights to act dangerously stop and the rights of others to be safe begin? When someone who’s typing on their cell phone while driving is shown to be as dangerous as someone who’s had a few drinks before getting behind the wheel, how can the first action be legal and the second not?
Why would anyone endorse a behavior that distracts a driver from paying attention to the road — endangering not only themselves but other drivers, pedestrians and bicyclists?

One can hope drivers would realize texting and driving is a bad mix. In a perfect world, it wouldn’t take a law to make people do the smart thing. But this world isn’t perfect, and when one person’s actions endanger others, lawmakers must support public safety and give law enforcement personnel the tools they need to keep roads safe and keep distracted drivers from putting themselves and others at risk.
Even mobile phone companies have come around on the idea that texting and driving don’t mix. Florida should join them, and the majority of states who already ban such distractions.

Ken Gooderham serves on the steering committee of BikeWalkLee, a community coalition raising public awareness and advocating for complete streets in Lee County.
Posted by Darla at 1/22/2012 06:24:00 AM