Update on bike/ped projects under construction 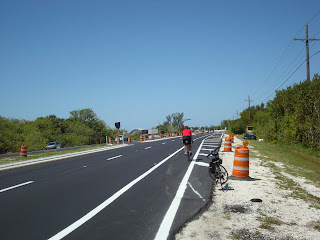 Buckingham Shoulders Phase II contract approved by BoCC on 9/21/10
The last update we had on this project was in May. Finally, the $391 K contract was awarded to Ajax Paving Industries of FL on 9/21. This section will provide paved shoulders from Neal Road to Gunnery Road. The work should begin by the end of October and be completed in 6 months.

Six Mile Cypress from Daniels to Heritage Lakes – construction to begin 10/4/10; it includes paved shoulders and asphalt paths (new 8’ on the west side, resurface existing 10’ on the east side) on both side of the road.

Daniels from Gateway to Chamberlain (by new Red Sox stadium) – preparing to bid; construction to begin late 2010/early 2011. 6’ paved shoulders on Daniels. Existing asphalt path on the north side of the road.


Energy Grant – Homestead Rd. sidewalk from Milwaukee to Veterans Park – Construction management contract is in process; to the BOCC in October/November; construction in early 2011.

CM contract under review expect to take it to the BOCC by the end of November.


The update for the ARRA sidewalk projects within the City of Cape Coral is as follows:
-Cape Coral Parkway from Chiquita Boulevard to Agualinda Boulevard: Completed

Trafalgar Boulevard from Santa Barbara Boulevard to Chiquita Boulevard: Project began on October 25, 2010. Funding in the amount of $300,000 is provided through the TEA grant program. Construction is anticipated to start next month and the project is expected to be completed by summer 2011.
Posted by Darla at 11/12/2010 08:52:00 PM