“We are all pedestrians sometimes” served as the catch phrase for a local pedestrian safety awareness campaign many years ago. That and similar phrases can be found among many past and current traffic safety campaigns around the state, country and world.

Considering just how accurate and valid that statement is, one would think it would equate to the kind of behavior the campaigns intend: When we are motorists, we should drive carefully around vulnerable road users because, at some point, we’ll be the vulnerable ones. But instead, pedestrians — many who are earnestly trying to get around on foot as a means of transportation or simply trying to enjoy a walk — continue to be mowed down in record numbers, here and pretty much everywhere else. So, what gives?

Everyone has his or her own theory, but there’s a profession dedicated to studying and attempting to understand what’s going on in the minds of road users. These people are considered “traffic psychologists.” Although I have a social sciences degree that included plenty of psychology courses, I am not among these specialists. Rather, my interest and understanding comes from dealing with road use and traffic on an individual level and from working in the injury prevention field for many decades. That being the case, I’d like to take a brief look at our behaviors when we’re part of traffic. 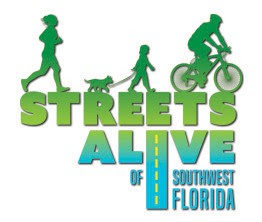 As might be expected, failure to pay attention to one’s task, whether it be driving, walking or operating a bike, is a common factor in crashes or near misses among all of those modes. While there are many studies focusing on distraction/ inattention and its impact on behavior, the actual number of crashes, injuries and fatalities is unknown but likely much higher than statistics suggest, due primarily to incomplete or unreported crash data. Some studies look at distractions coming from a variety of sources and often label them as “inattention” due to “mind wandering” or “perceptual load.” So, it’s not just handheld electronic devices that are the source of distraction; anything that takes one’s mind off the task of driving, walking or operating a bike creates increased risky behavior. This should come as no surprise to anyone who’s paying attention.

Personal experience confirms the problems that result from inattention and distraction. Who hasn’t been behind the driver who speeds up and slows down inappropriately because he’s using a phone? Or the person on a bike who’s riding with no hands, wearing earbuds and looking down to deal with music choices on a device (and usually riding on the wrong side of the road)? That same scenario is all too common among pedestrians crossing the street, whether at a crosswalk or not.

It’s a bad idea to give everyone in those examples the benefit of the doubt that they know what they’re doing. Traffic psychologists (or anyone else, for that matter) don’t seem to be able to get to the root of why those types of potentially self-destructive distractions are so common.

Complex traffic conditions, surrounding environments full of stimuli such as flashing signs or beautiful scenery, or other elements out of one’s control are understandable distractions. But the examples I cited in the prior paragraph confound me and most researchers. Perhaps it’s as simple as the perceived benefits (i.e., yapping with a friend, checking text/email messages, concentrating on media/music choices) being worth the risk, especially among the majority of people who have not yet been the victim of their own or someone else’s distraction. Why those who have been harmed or harmed others by engaging in this behavior yet still choose to continue is even more perplexing.

Pedestrians and people on bikes, being the most vulnerable road users, have the most to lose due to mistakes or poor decisions made by themselves or others. However, since motorists can inflict the most damage, we have the highest level of responsibility when behind the wheel. Disappointingly, law enforcement officials too frequently put the blame on the non-motorist victim when determining who’s at fault in a crash. That equates to the general public — especially those who are less inclined to walk or bicycle regularly — believing it’s just fine to operate a 2-ton vehicle as a secondary task while doing whatever else they’d rather be doing.

I guess besides individually behaving the way we’d like others to behave, all we can do is hope people decide to behave better whenever mixing with traffic. And we can get involved in changing the dynamics of our infrastructure and traffic law enforcement.

As always, to learn about these topics and more visit bikewalklee.blogspot.com and www.streetsaliveswfl.org (where you’ll find a newly developed map of crashes involving pedestrians and people on bikes).  ¦