One of BikeWalkLee's legislative priorities for the upcoming 2015 FL Legislative session is the passage of Rep. Kathleen Passidomo's bill (HB 231) focused on cycling safety. It was great to see the Naples Daily News Editorial, Feb. 9 in support of the bill. The legislative session starts March 3rd, so now is the time to ask our state elected officials to co-sponsor HB 231. Click here for the text of the bill, and click here to track the bill as it winds its way through the Florida Legislature.

As conflicts continue between bicyclists and motorists on Southwest Florida roads, a Naples lawmaker is taking a constructive approach in addressing the issue.

One of the bills Republican state Rep. Kathleen Passidomo is taking to Tallahassee this session strengthens and clarifies current laws to make roads safer for cyclists and drivers. 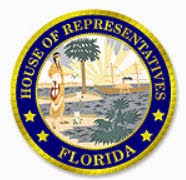 Our concern with any law is whether it’s enforceable. Because if it’s not, what’s the point in putting it on the books? That concern was underscored recently when a cyclist lawfully riding down the center line of a Naples-area road videotaped a confrontation with a driver, but the motorist wasn’t cited because the conflict wasn’t witnessed by a law officer.

However, Passidomo’s proposal is worthy for the Legislature to consider because of its approach. It doesn’t create a bevy of new laws but rather fixes ambiguities that can be beneficial in enforcing statutes.

The numbers underscore the need to address the issue. Collier sheriff’s deputies responded to 89 crashes involving bicycles in 2014, with a total of 460 vehicle vs. bicycle crashes from 2010 to 2014. In one collision, Passidomo’s law partner suffered more than 20 broken bones when hit by a driver in Naples. The driver was in the wrong, yet he didn’t have to go to court and received a ticket with a meager fine of about $200.

Passidomo’s approach isn’t one-sided, however. It helps clarify rules and responsibilities for cyclists, drivers, people in wheelchairs, pedestrians using walkers and others.

While Passidomo’s bill makes sense, realistically this is the first year for the legislation. Typically, a bill has a tough road getting through the Legislature in the first go-round.

Yet because this measure is mostly about clarifying laws and toughening penalties, we hope the Legislature will address this measure during the March to May legislative session.

Benefits of the bill
Passidomo’s legislation is sound in reconciling several conflicts in current law. It clears up uncertainties that could hamstring law officers in deciding whether a violation occurred.

For example, the law requires that a driver keep a distance of 3 feet when going past a cyclist. But 3 feet from where? The body of the vehicle? The side mirror? Her legislation clarifies that the distance is measured from the furthest extension of any attachment to the side of the vehicle, such as a mirror jutting out or a trailer.

In turn, that might create a dilemma for a driver where there is a yellow line that isn’t supposed to be crossed.
Her legislation allows a motorist to momentarily cross a yellow line safely if it is to keep the 3-foot distance from a cyclist. It becomes one of the exceptions allowed for crossing a yellow line.

On another point, it explains that a motorist making a right turn must let the cyclist go first.

Education is another mission of her bill. It creates a requirement for the state to include safety information regarding cyclists in driving handbooks and on driver’s exams.

Enforcement is also rightly toughened with her bill, which would increase penalties and require a court appearance in a case of severe injury. A violation creating bodily injury on a public right of way could result in a fine of up to $2,000 and a six-month license suspension.

Collier County’s ordinance
Harassing or taunting a cyclist is considered a misdemeanor in Passidomo’s proposal, which follows the lead of an ordinance adopted by Collier County commissioners this year.

For example, throwing something at a cyclist, pedestrian or person in a wheelchair would be considered harassment, which the county’s ordinance penalizes with a fine of up to $500 and up to 60 days in jail.

Considering a videotape taken by a cyclist wasn’t good enough evidence because it wasn’t witnessed by an officer, we’re unsure if this can become widely enforceable.

Even so, the Naples Pathways Coalition expects the number of bicyclists to increase from 64,000 to 100,000 within a decade in Collier. So these measures are a good start toward ensuring our roads and streets are shared peacefully.