On Tuesday the Lee Board of County Commissioners unanimously voted to enter pay negotiations with their top candidate for Lee County Manager, Joyce A. Wilson, the current El Paso City Manager. This is great news for the Lee County community, and for supporters of complete streets, a balanced multi-modal transportation system, and vibrant livable communities.


Joyce Wilson is the current City Manager of El Paso, TX (for 9 years), and also has been Deputy County Manager of Arlington, VA (along with two other cities).  She's got an impressive background, skill set, with numerous awards to demonstrate the quality of her leadership, one of her degrees is a Master of Public Administration (Fiscal and Urban Policy) from the John F. Kennedy School of Government at Harvard University, and has experience running two large city/county governments, even larger than Lee County.  Click here for her resume.

El Paso recently went through a community wide multi-year process of developing an incredible El Paso Plan that received the Environmental Protection Agency's 2012 national award for achievement in smart growth.  EPA judged the effort as "the year’s best example of outstanding “programs, policies and regulations.”  Click here for an article about the El Paso plan and a commentary written by Joyce Wilson about the Plan and the process of developing it.

Arlington VA, where she served as Deputy County Manager for two years, is known from its outstanding county government and they're viewed as one of the national models on innovative land use, transportation, and economic development.


Joyce also has strong fiscal management skills, which will be critical for Lee County's needs. She is a proven leader who has received numerous statewide awards, most impressively:  Administrator of  the Year (2006) by Texas City Managers Association; Spirit of Leadership Award by El Paso Hispanic Chamber of Commerce (2006); and she was just named the 2013 top public works leader in the State of Texas by the Texas Chapter of Public Works Association.
To get a feel for what she brings to Lee County, watch her interview with the BoCC on June 5th.
As Commissioner Mann said during the deliberations, "I have never been more impressed at a personnel interview than I was with Ms. Wilson."  Commissioner Manning said that Wilson stood out because she has successfully managed large city and county governments.  "She had a dynamism about her," he said.  "Her academic and her work environment achievements were really diverse." [Quotes from Naples Daily News article.] 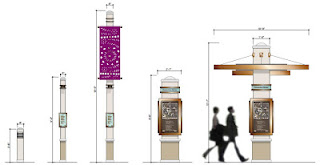 
Once the contract negotiations are completed, Joyce Wilson has stated that she'd be available to start the job in mid-August, so stay tuned for more details.