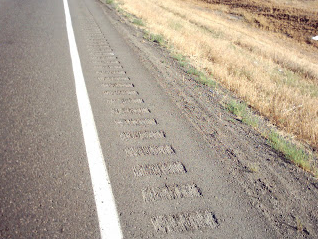 The River of Grass Greenway (ROGG) Coalition (a BWL supporter organization) sent a letter to FDOT Secretary Hattaway asking FDOT to consider rumble strip alternatives that would be amendable to cyclists.  We'll keep you updated as the project moves forward.

RE:  US41 shoulder-widening project in eastern Collier County

First, I applaud FDOT for taking on this project, for the safety of cyclists and motorists.

Cyclists such as myself are concerned about the placement of rumble strips within the shoulder after construction is finished.  According to a conversation with Janet Cook this morning, FDOT is considering alternatives that would be amenable to cyclists, yet within safety compliance.  It is unknown when a final decision will be made.

Certainly there must be an engineering solution to creating an audible warning for motorists approaching a culvert/bridge, without rendering the shoulder completely un-bikeable.  The design utilized on this project may become a model for shoulder improvements for the 16-mile segment of US 41 WEST of Everglades City, where bridges/culverts are numerous and rumble-strips nearly continuous.

Thank you for your consideration on the rumble-strip issue.  For cyclists, it is a very serious safety issue.