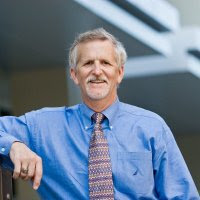 Today Secretary Prasad named Billy Hattaway as the new District One Secretary. Billy, who brings more than 30 years of private and public sector experience to the Department, previously served as Managing Director of Transportation, Florida at Vanasse, Hangen and Brustlin. His start date is October 17.

Billy brings a proven record of achievement, together with his vast background and experience, to the Department. He will build on the strong foundation in District One and will help to deliver the bold transportation agenda the Governor has implemented. Billy’s private and public sector knowledge make him an outstanding addition to the Department.

Billy has more than 30 years of experience in the transportation industry, including 23 years with FDOT where he previously held the positions as Director of the Office of Design and State Roadway Design Engineer. He earned his bachelor’s degree in civil engineering from Wentworth Institute of Technology in Boston, Massachusetts. He received his master’s degree in business (MBA) from Florida State University. He is a licensed Professional Engineer (P.E.) in Florida.

We also want to thank District Secretary Don Skelton for serving as the Interim District One Secretary as well as filling his responsibilities as the District Seven Secretary. He has done, and continues to do, a great job. But he couldn’t have done it without the support of all those on the FDOT team, especially those in Districts One and Seven.