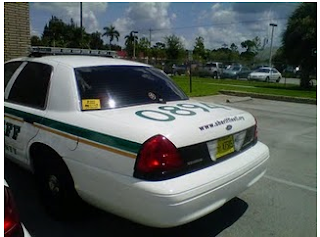 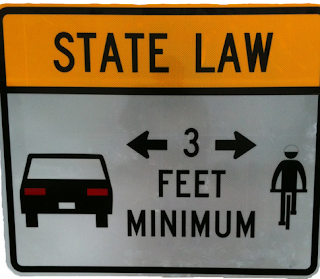 One of BikeWalkLee's partners, Harvey Software, Inc., has launched an effort in support of better bicycling in Southwest Florida., starting with a campaign to make the public aware of the "3 foot" passing law. This week, they announced the successful efforts working with Sheriff Scott. As the post states,

"It is Sheriff Mike Scott's policy to lead by example and in this case it is very clear. It also shows his value as a leader of our community. His actions have now opened the door to the possibility of getting stickers on many more Lee County vehicles in the near future. The Lee County schools and the County Manager are now considering putting stickers on other vehicles, in part, from the actions of Sheriff Mike Scott."

Click here to sign-up to receive their articles and updates. Kudos to Bert Hamilton for his leadership of this initiative.
Posted by Darla at 9/14/2011 09:28:00 AM