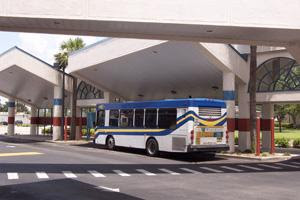 From the beginning of the LRTP development, BikeWalkLee has advocated for a Needs Plan that reflects a visionary & effective transit system that promotes “choice riders”. BikeWalkLee requested 15 minute headways on all routes & design changes for a more efficient system. The Needs Plan that the Board tentatively adopted in October had mostly 60 minute headways, which meant it lacked the framework for an effective transit system. At BikeWalkLee’s request, the MPO staff modeled 15 minute headways and presented the new option for consideration by the committees in December, which both committees endorsed. This option increases projected ridership 450% over the tentatively adopted Needs Plan and adds about $900 million to the LRTP Needs Plan.

Dr. Margaret Banyan, representing BikeWalkLee, spoke in support of this proposal at the Dec. 8th MPO meeting, arguing that this proposal was consistent with the goals in the LRTP and would provide a path forward for transit. This proposal shows the magnitude of a transit commitment that is needed to reach goal of reaching choice riders, and having this in the needs plan will provide guidance to the Lee County Transit 10-year plan now being developed. The Board agreed with this proposal and it was reflected in the final LRTP they adopted on Wednesday. This was the most significant decision that the board made in moving in the direction of a more balanced multi-modal system.
Posted by Darla at 12/11/2010 08:27:00 PM