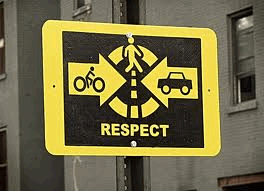 On Sept. 9th Secy LaHood announced that the nation had seen the lowest traffic fatalities in six decades. The Florida database (FL Highway Safety & Motor Vehicles) now has 5 year data through 2009 by county with lots of interesting data on bike/ped related issues.

A quick look at the 2009 bike/ped data in the FLHSMV report shows that in Florida, pedestrians are 18.8% of all traffic fatalities, and bikes make up 3.9%, for a total of 22.7% of all traffic fatalities. The share of all fatalities that are bike/ped actually went up a percentage point from 2008. Florida's rates were already 60% higher than the national averages. With respect to Lee County, pedestrian fatalities are up (from 11 to 15), but injuries down slightly (from 192 to 190) and bicycle fatalities are down (from 6 to 4), but injuries up (from 98 to 106). The report highlighted that drinking is a major problem with pedestrians in traffic crashes in Florida. Ten percent of all pedestrians in crashes had been drinking, and 41% of all pedestrian fatalities involved pedestrians that had been drinking.

For more detailed information on Lee County crashes, check out the LeeDOT analysis for 2009 crashes. The report includes maps as well as a list of locations for each of the pedestrian and bicycle crashes.
Posted by Darla at 10/11/2010 05:55:00 PM