Dan Moser's article published in Florida Weekly Outdoors section this week reminds us all to be Earth friendly and promote respect to the environment. A common sign of disrespect to one's environment is litter. We all see it on the trails and in parks. This Earth day, take the initiative with us and remember to properly dispose of trash and recycling you may be bringing with you as you bike, walk, or run!

Earth Day, April 22, reminds all of the inhabitants of our world to treat our home planet with respect and kindness. We’ve undoubtedly changed our ways at least to the degree that many of the dire predictions made as part of the first Earth Day in 1970 have so far been avoided. Organizers and speakers at that inaugural event spoke of near-future famine in much of the world, mass extinction of scores of animal species and widespread air and water pollution.

The most serious forecast has not come true, but a number of potential cataclysms never even considered can now be added to the original list of concerns — global climate change being the primary concern.

The 50th anniversary of the initial Earth Day reminds one that the carbon footprint created as we go about our daily business is reduced by those who use human power for recreation, exercise, and particularly in place of driving.


Litter like this strewn along the North Colonial Linear Trail is common.
Understandably, most people relate Earth Day to purely environmental undertakings, but human-powered activities such as biking, walking and running are certainly part of the spirit of this symbolic day. Earth Day is a good time to turn it up a notch by spending less time behind the wheel and more on foot or on a bike.

Another element of our disrespect for our home that’s highlighted by Earth Day is our propensity to litter.

Just as bad as the act of trashing our environment is society’s seemingly tolerance and apparent acceptance of it.

Thankfully there are a number of ongoing efforts to clean up or messes, spearheaded by organizations and initiatives such as Keep Lee County Beautiful and Adopt-A-Road and Adopt-A-Waterway. But the sheer amount of trash that’s out there overwhelms
these well-intended endeavors.

As well, almost all are working to clean up after the fact. Individual behavior is the primary cause of the problem, but our government’s reluctance to put in place laws and policies that would reduce the potential problem for fear of negatively impacting businesses (i.e., plastic bag bans, packaging guidelines, glass bottle deposits, and other similar measures) is also part of the cause.

We can’t expect one symbolic day to stop our downward spiral. To have an ongoing positive impact on our planet we each must strive to use human power for daily activities, reduce the use of energy that’s created by nonrenewable sources, be frugal when using water, and do whatever possible to fight our widespread litter problem. It’s the least we can do every day.

It’s been a while since a Streets Alive! event was held in Lee County. Due to its high cost and labor-intensive nature, the organization responsible for organizing Open Streets (i.e., Cyclovias) events locally, Streets Alive Lee, has stepped back from that focus in order to help grow SWF Critical Mass.

Anyone who’s participated in a Critical Mass ride can attest to the positive impact it’s having on our community. And these highly social outings are popular because it’s all about having fun; there’s no pressure to ride fast or put in more miles than is comfortable.

New Streets Alive Lee leadership has recently emerged with the intention of eventually hosting more Open Streets events, but in the near term the organization will be the concentrating on the established slow-roll Critical Mass rides, which are currently happening four times each month in three different Lee County locations — Fort Myers, Cape Coral, and Sanibel. ¦ 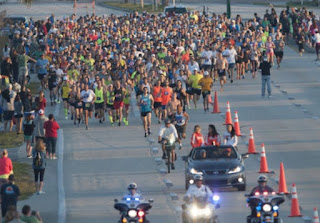