Craig Hersch, a local estate planning attorney and avid cyclist, wrote an excellent column in light of a recent "road rage" incident on Sanibel, which appeared in the Aug. 7th Island Sun.  His column struck a cord, and Craig graciously gave BikeWalkLee permission to print his article on our blog.


'Bicyclists and Motorists'
By:  Craig Hersch 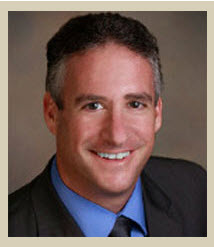 I recently returned from two weeks traveling Colorado. The contrasts were interesting while I was out there, as news broke here about a Sanibel motorist who allegedly slammed on his brakes intentionally in front of a group of cyclists on West Gulf Drive - injuring at least one - in what has been described as a road rage incident.

In full disclosure, I was hit and almost killed by a hit and run driver while bicycling (on the Summerlin Road bike path, mind you) eleven years ago. I was airlifted to the Lee Trauma Center and later underwent spinal fusion surgery as a result of the encounter. So I have a definite bias in this conversation.

I point out that I am also a motorist who is delayed from time to time by bicycling pelotons.

Part of my recent travels took me to Boulder, Colorado, which is a cycling and triathlete mecca.  There, one finds many bicyclists, both in groups (pelotons) and alone, along winding mountain roads. Unlike Sanibel specifically and Southwest Florida generally, which have wide-open flat roads in which a motorist is able to see what is coming from the other direction for a mile or more - the winding, two-lane Colorado highways have narrow shoulders. Consequently, it's more difficult to navigate a car or truck around bicyclists out there. Moreover, motorists could be stuck behind bicyclists who are struggling to maintain 10 mph up the steep mountain inclines.

But do you know what? The motorists seem to take it all in stride. From what I observed, motorists often give the bicyclists the requisite three feet when passing, usually with a friendly wave and words of encouragement as they pass.

I wish that we had that here.

How long might a motorist be delayed trying to pass a cyclist or a peloton of cyclists?  Ten seconds? Thirty? Maybe - dear God - a full minute?

Moreover, cyclists here generally move along at a pretty good clip since they aren't climbing mountains - usually somewhere between 20 - 25mph. Serious road bicyclists (I count myself among them) can't ride on the recreational paths filled with small children, people walking dogs and the like as that would be dangerous.  The law permits - even mandates - bicyclists on the actual roads, including the roads of Sanibel and Captiva.

When I read about the incident involving the Sanibel motorist intentionally injuring the cyclists, it reminded me of a similar encounter I had with a motorist four or five years ago. Three of us were bicycling on Sanibel's Middle Gulf Drive one early morning - somewhere near the Sundial Resort heading towards the intersection with Fulgur Street - when an enraged motorist driving an SUV did the same "move around the cyclists and slam on the brakes" routine to us.

There were no words exchanged between anyone in my cycling group and the motorist before the incident. I can only guess that the motorist was upset because it took about twenty seconds for the oncoming traffic to clear before he could pass our small group. Luckily, we avoided slamming into the back of his SUV when he suddenly braked while simultaneously hugging the curb. He left us nowhere to go other than off the curb - which almost always results in a crash when you are riding high performance, thin tired road bicycles.  It was scary. And life threatening.

When a motorist pulls a stunt like that he is violating the law. Moreover, I believe that intentionally using one's automobile or truck to threaten to hit a cyclist (or actually doing so) is akin to assault with a deadly weapon. The motorist is encased in a 4,500 lb., 300 horsepower vehicle. The bicyclist is of flesh and blood. Aside from the legalities, to intentionally inflict bodily harm is inhuman.  It's bad enough when someone accidentally kills a possum or raccoon. Bicyclists are human beings with spouses and children at home.

Yes, bicyclists are sometimes rude to motorists. So are motorists to each other, by the way. As an aside - I'm not sure that motorists understand the adrenaline that surges when one believes that one is in danger of being hit by a car or truck.  It's more than human to yell or even curse at the driver - part of our "flight or fight" response. So when a driver says something to the effect of, "well they cursed at me" as an excuse (as apparently the recent Sanibel defendant was quoted as saying), I don't see that as an adequate response to intentionally braking in front of cyclists in hopes that they wreck.

And yes, bicyclists don't always obey the traffic laws. Bicyclists sometimes roll through stop signs. I've done it before - both on my bike AND while driving my car. I bet if you are a motorist then you have also rolled through a stop sign or two. It's not right, and could lead the bicyclist to the same penalty (traffic citation) that a motorist would receive.

None of that justifies endangering a bicyclist's life intentionally. The roads are there for all of us. Everyone has been delayed in our cars. Traffic jams. Pedestrians. Yes, even bicyclists cause delays. It's part of driving on our roads.

Sanibel and Captiva are communities that thrive on and require tourism.  Lee County spends thousands of dollars on advertisements encouraging those who love the outdoors to vacation and purchase homes here. We also have a healthy culture filled with more and more bicyclists and triathletes enjoying our roadways. Let's be more like Boulder, Colorado and welcome those who enjoy a good ride.

Take some time to safely pass bicyclists while providing them the three-foot buffer Florida law mandates.

Maybe even smile and give them a wave and words of encouragement as you pass. It will do us all a lot of good.

Craig R. Hersch is an estate planning attorney who rides over 100 miles every week and is a middle-of-the-pack age grouper triathlete.