New shared use path to Bowman's Beach on Sanibel

Good news for Sanibel visitors and residents--a new shared use path is coming soon to Bowman's Beach.  Thanks to city officials who have successfully pursued grants and invested city resources, the island's path system is being expanded and improved every year. 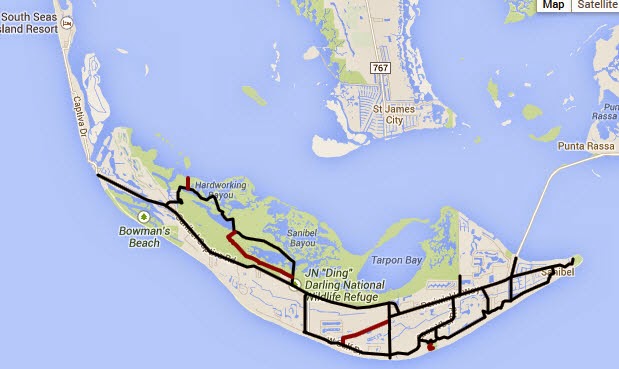 Sanibel Island, famed for beaches and bike paths, soon will extend the latter asset to one of its more-popular Gulf-front parks. 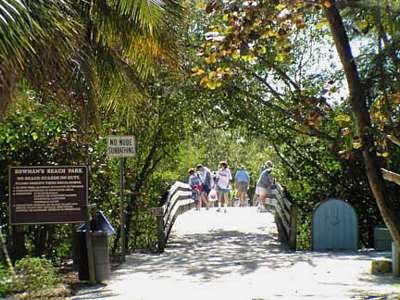 Shared-use paths are off-limits to motor vehicles. They typically are paved, are wider than sidewalks and used by cyclists, pedestrians, dog-walkers, and people using wheelchairs and other forms of mobility assistance.

This new segment will take people across Sanibel-Captiva Road on a new crosswalk, and then onto a paved path that will parallel Bowman’s Beach Road before veering west, and ending near the park’s restrooms, playground and picnic area.

Patti Sousa, who serves on the Sanibel Bicycle Club’s board of directors, is delighted. During busy times, Bowman’s Beach Road is crowded with drivers, pedestrians, cyclists “and kids on skateboards,” Sousa said, adding: “It’s quite narrow. There’s no wiggle room — no room for error.”

Shaded overlook
The path is but one enhancement scheduled for Bowman’s: With help from county bed tax dollars, a boardwalk and lookout in the park’s bayou area and a shade structure for its ADA-accessible Gulf observation deck also will go up in the year ahead.

This should enhance the appeal of Bowman’s, already a contender for most-popular Sanibel beach.
Mayor Kevin Ruane shared anecdotal evidence of people repeatedly circling Bowman’s lot in their cars, looking for a parking spot during the winter, when the most tourists and part-time residents are here.

“We’ve heard of 45-minute- to one-hour waits for a parking spot at Bowman’s,” Ruane said. At Lighthouse Beach, “it’s more like a 15- to 20-minute wait,” according to the mayor.

A city traffic count taken at beach park entrances April 14 to April 20, however, showed a daily average of 636 vehicles entering Bowman’s. That’s about half the 1,225-vehicle daily average at Lighthouse Beach, which is closer to the causeway leading to the island.

The city has no way to account for visitation via bicycle or on foot, said Keith Williams, public works director.

At any rate, “we’re really excited about the opportunity to reduce vehicular traffic on the island,” Mayor Ruane said.

Ground-breaking for the path hinges in part on when the state funds will be available, Williams said. He added the city has the matching money in its budget. He thinks the path — 10 feet wide and about 2,700 feet long — can be built for $400,000 or less.


Network started in ’70s
According to the city of Sanibel website, the island already has more shared-use path — nearly 23 miles — than it does beachfront — 15.5 miles.

Bowman’s path is part of a master plan city leaders created in collaboration with the bicycle club, in 2009. The city began building its first bicycle and pedestrian-friendly path along the main artery — Periwinkle Way — in the mid-1970s.

In 2010, Sanibel became the first Southwest Florida community to be designated a “Bicycle Friendly Community” by the League of American Bicyclists. Adding to the bicycle paths “isn’t just for vacationers, it’s also great for the residents,” said Billy Kirkland, Sanibel resident and the owner of Billy’s Rentals, one of the island’s major rental-bike suppliers.

“A lot of our customers stay at condominiums near Blind Pass,” Kirkland said, referring to the strait separating Sanibel and Captiva islands. Said Kirkland: “This (Bowman’s) path will make connecting to that end of (Sanibel Island) a lot safer.”
Posted by Darla at 10/03/2014 06:55:00 AM