Progress continues to be made on the County's goal of revising its growth management plans to bring the vision of a "Livable Lee" to reality.  Both the Community Sustainability Advisory Committee (CSAC) and the Local Planning Agency (LPA) completed action on the transportation element in March, and have reviewed the land use element, with final action on that element to occur in April.

Transportation Element
The LPA discussed the Transportation Element at its February meeting, carried it over to the March meeting so it could be considered along with the land use element, and then completed action on it, transmitting it to BoCC at its March 24th meeting.  At the LPA meeting in February, BikeWalkLee's representative, Darla Letourneau, spoke in support of the recommendations by the CSAC.  (See the 3/1/14 BWL blog post that reported on our comments: Lee County Advisory Committees review key transportation element of New Horizon2035 Lee Plan.)

Based on comments made by CSAC, BikeWalkLee, and the Horizon Council along with the comments made by LPA members at the 2/24 meeting, staff prepared a revised version of the transportation element incorporating changes that they recommended to the LPA.
(See Staff 3/13/14 Memo to LPA with Proposed Transportation Element Summary of Comments and changes.)

Most of the comments made by CSAC (and BikeWalkLee) were incorporated . At the LPA meeting,  LPA members asked that the stormwater language be strengthened to encourage more innovative approaches (the CSAC language had included stronger language than the staff's recommended version).  Ann Pierce made public comments about the importance of strengthening this language.  Staff agreed that they would add language in the final version, reflecting the LPA discussions.

The LPA voted unanimously to transmit the Transportation Element as revised by staff, with the addition of some more language on innovative stormwater approaches for transportation projects.

Thanks to Andy Getch and other county staff who have worked for three years on the various versions of this element, with each one being an improvement over the last.  BikeWalkLee also appreciates the work done by both the CSAC and LPA and countless other citizens and organizations to contribute to a much improved transportation element that shifts the focus to multi-modal transportation, complete streets, integration of land use and transportation, in support of livable and sustainable communities in Lee County.

Land Use Element
The Land Use Element was circulated on March 13th.  The CSAC Horizon 2035 working group drafted recommendations on the land use element that were to be presented for adoption to the full CSAC on 3/19; however, there was no meeting due to the lack of a quorum; therefore, the CSAC draft recommendations have not yet been transmitted to the LPA.

At the March 24th LPA meeting, the committee discussed the element at length, but carried it forward to the April meeting so that it could be considered alongside the maps, which will be on the agenda for the April 21st meeting.  Ann Pierce made public comments about the new Research Diamond section of the element (which had not been in the previous draft), and provided suggested specific language changes.  Several members spoke about their concerns with this section as written.  There was also discussion about the revised section on mixed-use, which is intended to better identify how mixed-use centers are to be identified, incentivize, developed, and designed.

The LPA unanimously adopted a motion to continue the land use element to the next meeting and directed staff to  revise the draft element to reflect committee's comments on the Research Diamond as well as their suggestion to reduce some of the specificity in the mixed-use section, as well as a few other places. 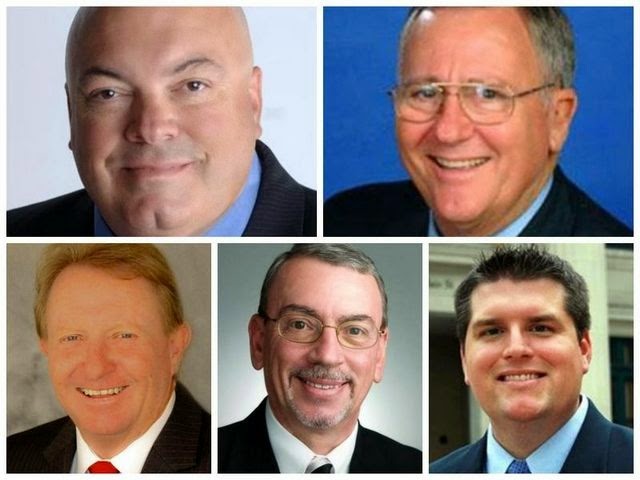 The LPA meets on April 21st and they will complete action on the land use element, along with the land use maps.

The May 19th meeting (scheduled for May 19th vs. May 26th due to the holiday) is scheduled to review the Glossary and Tables.

In June, the full Comp Plan package should be ready for transmittal to the BoCC for action (to transmit to the State for review), with final BoCC action after the State review (60 days).