BikeWalkLee's March 6, 2013 column in "Go Coastal" Section of News-Press
This week's BWL column encourages people to beat the traffic by going by bike to Spring training games, to try the Tour de Parks route, and participate in the upcoming Royal Palm Classic ride. 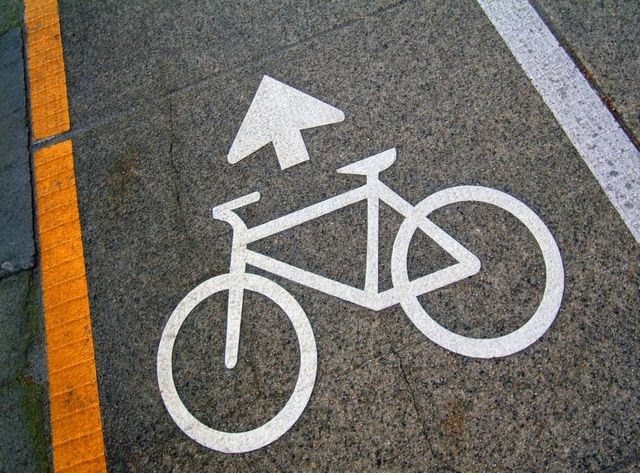 Our weather can’t be beaten, but there are too many cars on the street. It’s a great time to take a ride (rather than a drive) — so if you haven’t been on your bike lately, now’s the time to mount up.

Right on cue, here comes the annual Royal Palm Classic, a signature event for the Caloosa Riders Bicycle Club now in its 16th year. There’s a distance for everyone — from a metric century (62 miles) to a “no rider left behind” 15-miler — all with full support, marked routes and lunch is even included. It kicks off at 8 a.m. (for the longest ride) on Sunday, March 16, at a new location this year — the Fort Myers Brewing Company in Gateway off Daniels Parkway just east of JetBlue Park.
More information and registration is at royalpalmclassic.org, It’s a great first ride for the novice and a good test for the veteran —but be sure to bring your helmet, as it’s required to participate (and just a good idea overall).

Nice weather and overwhelming traffic must mean it’s spring training, with both the Red Sox and the Twins in the midst of their spring schedules.

Both JetBlue Park and the Lee County Sports Complex are easily accessible by bike, even for the most inexperienced riders. The Sports Complex, in particular, is served by bike paths from all directions, making it comfortable for even the most wary cyclists. JetBlue has protected streets leading in from the north, while the most popular Daniels Parkway route is mostly served by bike paths with some bike lanes thrown in. Coming from the south on Treeline Avenue will mean using the roadway’s popular bike lanes — and, while you’ll share the road with motor vehicle traffic, you’ll have your own space that’s marked and (mostly) respected by drivers. Too much for you? Use the sidepaths along both sides of Treeline instead. 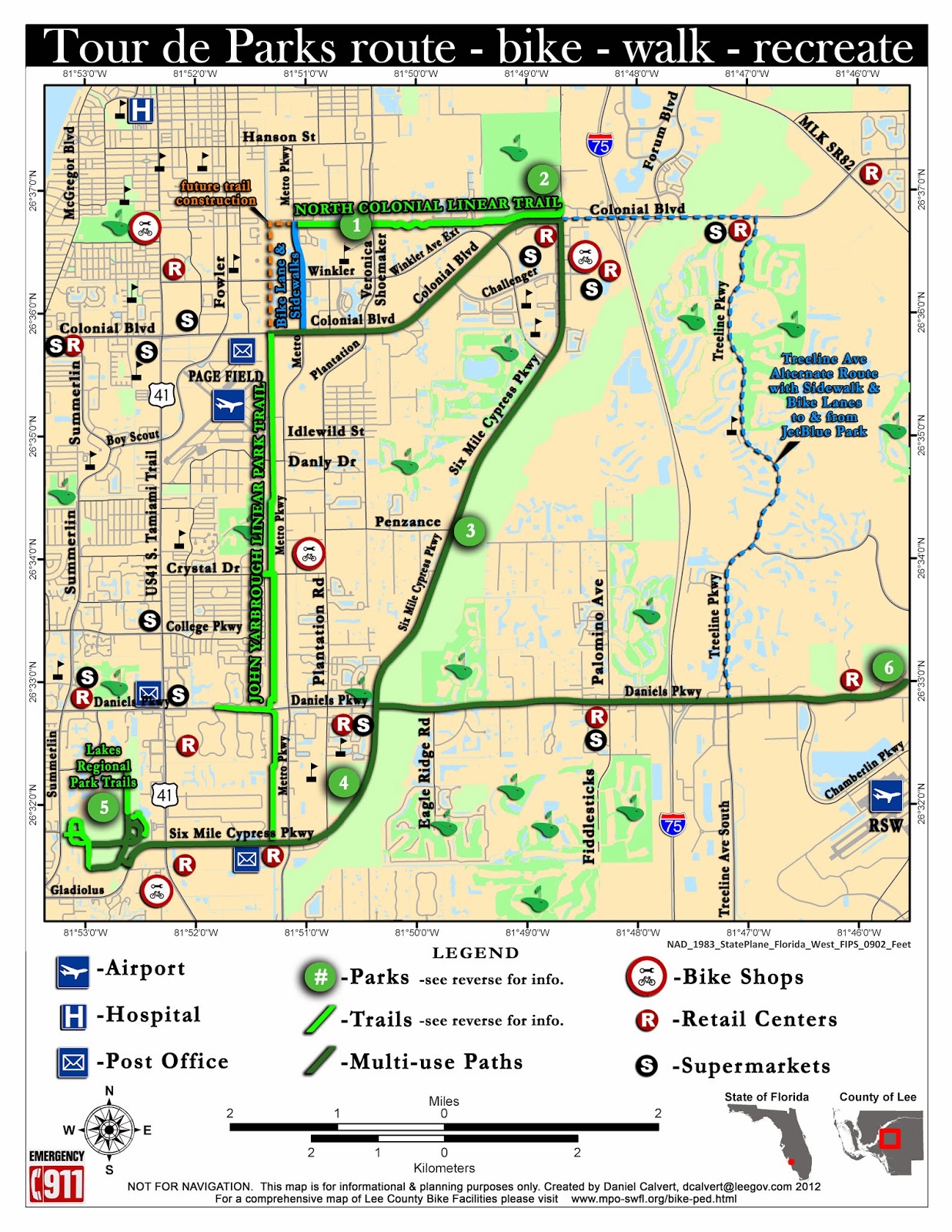 Many of these routes are part of the county’s “Tour de Parks” network, which ties together Lakes Park and the Calusa Nature Center, the Yarbrough Linear Park and the North Colonial Linear Trail, the full length of Six Mile Cypress Parkway from College Parkway to U.S. 41 — and the two stadiums, of course.

Find out more at bikewalklee.org. Click on the “Maps” link from the home page to get all the maps and even turn-by-turn directions to ride to both parks.

Looking for something new in your riding or hiking?

Both bikers and walkers can find some new trails at Caloosahatchee Regional Park, particularly if you’re looking for a break from the flat terrain so prevalent in Southwest Florida.

Thanks to the volunteer efforts of the Florida Mudcutters, you can access more than 11 miles of off-road bike trails (even with hills!) ranging from easy to advanced, all on the north side of the park.
Across the street, hikers can traverse a variety of loops along more than 3.5 miles of flatter trails.

And, if you want to bring your kayak along, there’s even an access point to the Caloosahatchee for launching.

Find out more about the park at leeparks.org, and about the Mudcutters and the bike trails at mudcutters.org.

— BikeWalkLee is a community coalition raising public awareness and advocating for complete streets in Lee County — streets that are designed, built, operated and maintained for safe and convenient travel for all users: pedestrians, bicyclists, motorists, and transit riders of all ages and abilities. Information, statistics and background online at BikeWalkLee.org.