Do you care about bike/ped safety? Here's a chance to tell USDOT we must have a national goal to make biking and walking a safe transportation option.

The League of American Bicyclists (LAB) has made it easy--just click a button and make your voices heard!   Then go on the USDOT website and comment on the proposed performance measures:  Notice of Proposed Rulemaking

Below is the Action Alert issued by LAB on 3/27: 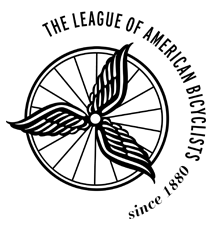 There is only one acceptable number: 0.

While cities like New York and San Francisco have set decisive "Vision Zero" targets to dramatically reduce bicyclist and pedestrian fatalities, the U.S. Department of Transportation has just released proposed safety measures that have no goal, no accountability and no attempt to reduce the 16% of all fatal crashes that include people who walk and bike.

Your comments count: Tell US DOT that we can't turn a blind eye to the 45,000 bicyclists injured and 5,000 cyclists and pedestrians killed on our roadways each year - we must have a national goal to make biking and walking a safe transportation option.

In 2012, Congress asked the US DOT to set national goals to guide federal, state and local investments in our transportation system. After meeting with USDOT and FHWA officials, we knew they were unlikely to include a specific non-motorized performance measure - or goal to reduce bike/ped deaths. Unfortunately, on March 11 we were proved right: FHWA issued a "Notice of Proposed Rulemaking" that acknowledged our request - but chose not to include one.

Now, they're asking for comments -and they need to hear from you. Please endorse the League's comments or submit your own.

Our analysis: The overall safety performance measure lacks vision, accountability, and urgency. There is NO actual target set for reducing the number of people killed on our roads. States are asked to make "significant progress" towards two of four proposed measures, with a margin of error that could see fatality and injury numbers actually increase.

At a time when many local agencies are adopting a "Vision Zero" traffic safety target, and as bicycle and pedestrian fatalities are increasing as a percentage of overall traffic fatalities, we believe FHWA's proposal is grossly inadequate - and sets a troubling precedent for subsequent national performance management measures on congestion and pavement condition.

We can't allow our national safety standards to have Zero Vision - please send your comments on the safety performance measure to US DOT today.