Commissioner Mann and citizens speak out against reduction in impact fees

Updated 3/1/14
On Feb. 11th, the BoCC reviewed the first year experience with its 80% reduction of impact fees and decided to continue the reduction, in spite of the overwhelming evidence that it wasn't needed and that the significant loss of revenues was having a negative impact on the county's budget.  Only Commissioner Mann opposed the impact fee reduction and below is his letter to the editor clearly stating why.  Included below are a series of graphs and tables presented to the Commissioners to support the request to discontinue the impact fee reduction.  Over twenty citizens representing a broad array of community, environmental, and public interest groups (including Lee Public Voice and BikeWalkLee )spoke against continuing the reduction at the Board's morning meeting. (Note: no public comment was allowed at the BoCC's workshop discussing the first year review of impact fee reduction ordinance.)

Added below is the Naples Daily News 2/25 column by editorial writer Brent Batten that compares Collier and Lee Counties' experiences and clearly demonstrates the lack of any relationship between permit levels and impact fees, and highlights the costs to the community of the loss of these revenues.
Links to the many letters to editor and additional guest opinions on the topic are included below.


BikeWalkLee has steadfastly opposed the suspension or significant reduction in impact fees over the past four years, opposed the Board's 80% reduction in impact fees in March 2013, and last week urged the County Commissioners to end the reduction. As stated in BikeWalkLee's 2014 priorities, "BikeWalkLee advocates for the review and reinstatement of funding for infrastructure through impact and/or mobility fees with the goal of ensuring that growth pays for growth and that necessary and desirable infrastructure and amenities are in place when newcomers are ready to take advantage of it.  Any other approach unfairly shifts the cost to current taxpayers." We urge the county commission to "plan a transition pathway to enact mobility fees as a replacement for road impact fees, to encourage multi-modal transportation options and development in-fill and economic renewal." 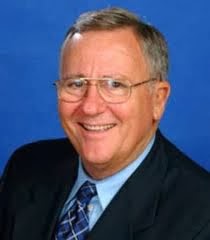 In the decade that ended 2008, Lee County’s population grew by about 100,000 people. That’s the equivalent of creating a brand-new, good-sized city. Schools (elementary, middle, and a high), a jail and sheriff’s office, parks (at least four), fire stations, emergency ambulance service, about 100 miles of roads, were just some of the amenities required to provide for a minimum standard quality of life for that new “city.”

Somebody had to pay that approximately $100 million.

During that time, we asked the new people moving here to pay part of the cost of the impact they were causing, which they did, through an impact fee charged on the cost of their permit fee for their new home. Otherwise, our local citizens would have paid that cost, almost certainly through an increase in their own taxes.

This is a great system and a fair system to deal with the cost of growth, which has worked well all over Florida for about 20 years.

However, the Lee County commission, over my lone objection, voted to reduce that fee by 80 percent, presumably to spur growth and profits for the construction industry, which clearly had suffered through the recent recession.

It was argued, however, that virtually every local and national study indicated clearly that the recession was over: Building permits were again moving through the courthouse, financing was again available to qualified buyers, the nightmare of foreclosures was coming to an end, and demand for new housing was strong and growing. Permits are flying off the shelves in all Southwest Florida coastal counties, whether or not they have high impact fees, low impact fees or no impact fees.

It is impossible to show a relationship between impact fees and the number of building permits being issued. In fact, it needs to be pointed out that when Lee County’s impact fees were at their very highest, back in 2007-08 (they’ve been lowered since) we issued more permits per month than any time in the county history.

Houses are built according to an ancient unbreakable law, which is called supply and demand, not the amount of impact fees.

This year, we will lose over $15 million badly needed, which could have been used for the needed schools and critical amenities. My four colleagues have just missed an opportunity to reinstate the fees for this year. We will now be losing well over $33 million over the two-year period, which would have done wonders for our budget needs.

And in order to balance our budget this year we will almost certainly be called upon to utilize dollars previously committed to environmental programs that helped to protect and enhance our quality of life. How unnecessarily sad. I am pleased that The News-Press agreed with my analysis of the situation.   Frank Mann, Lee County commissioner, District 5

Click here to read the other three letters to the editor (published 2/23) in opposition to the Board's action.

Read Naples Daily News editorial write Brent Batten's 2/25/14 column:  Fee reduction will have an impact in Lee County
His column clearly demonstrates the point we made last week at the BoCC meeting--comparing Lee and Collier Counties experience with permit levels and impact fee rates shows zero relationship between the two...and as the column points out, the loss of revenues has serious consequences for the community:  "There is a cost to be paid in diminished quality of life for everyone." 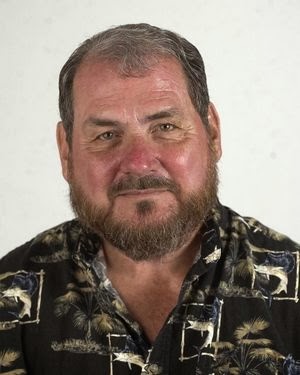 Two more citizens speak out in opposition to the Board's action in Feb. 26th News-Press letters to the editor.
Guest Opinion by Elliot Hastings (Bonita Springs resident): "Lee County is on fast pace to equal the east coast" (2/28/140

Here's the Reality:
Below are a series of graphs and tables presented to the Commissioners last week demonstrating that there was no relationship between impact fees and permits issued, and that the loss in revenues was 4 times greater than estimated, with a total of $33 M to be lost as a result of their decision to cut impact fees by 80% for 2 years. 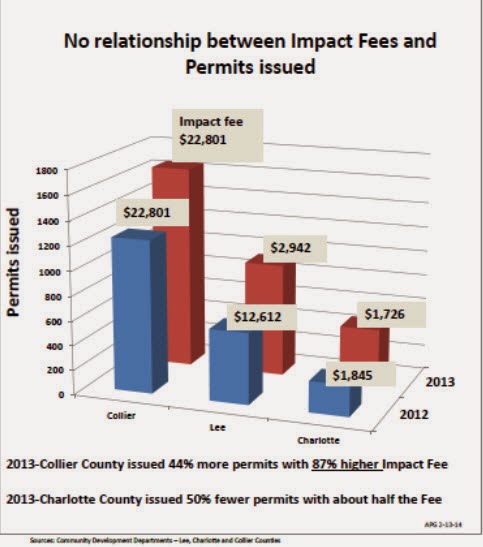 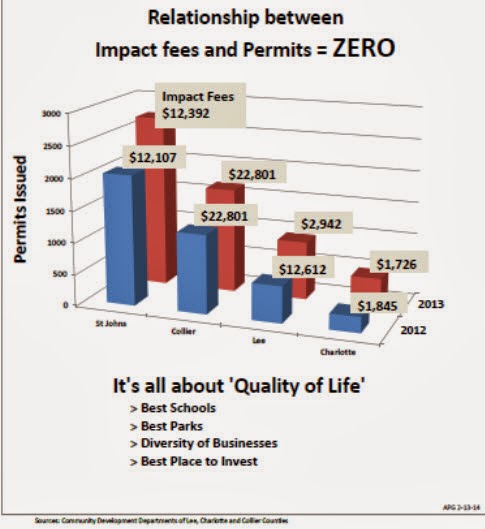 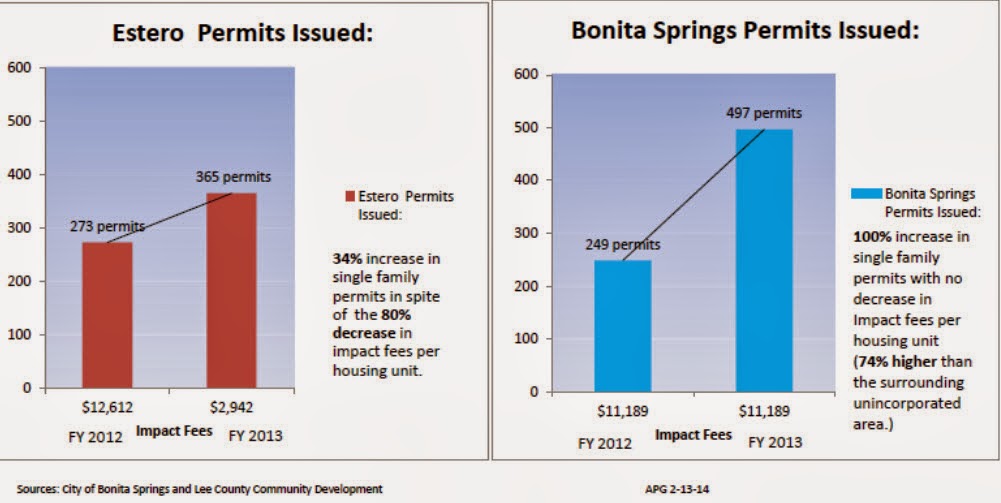