Exciting things are happening in the Cape.  Come celebrate the March 1st opening of the first two completed bike routes in Cape Coral, as part of CCBP's 90-mile route system. The bike ride following the ribbon cutting ceremony is informal with no police escort.  Hope to see you there! 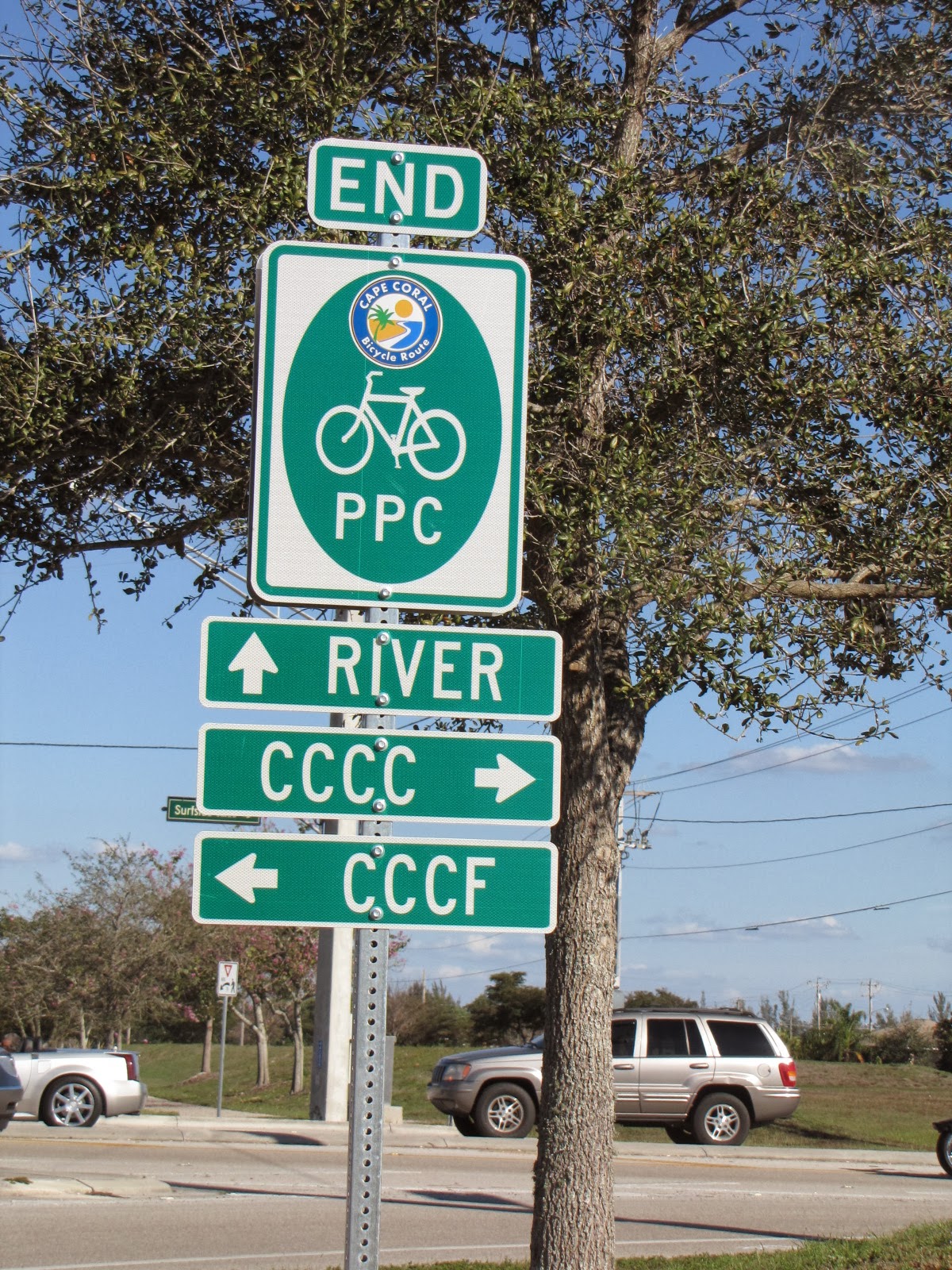 Cape Coral, FL. --Join us for Ribbon Cutting and informal Bike Ride on the first two Cape Coral interconnected bike routes to be completed--the Team Aubuchon (Team A) and the Chamber of Commerce of Cape Coral (CCCC) Bike Routes.  Signage will begin to be placed on the Physicians’ Primary Care (PPC) Route in March. When completed in July, the PPC & CCCC Routes will create a nearly 50 mile long circular route around the perimeter of the city.  See www.CapeCoralBikePed.org/Routes .
Mayor Marni Sawicki, City Manager John Szerlag, Dr. Mary Yankaskas from Physicians' Primary Care, Gary Aubuchon from Team Aubuchon, and Annette Carrasquillo from the Chamber will cut the ribbon on the bike route pathway then cyclists are welcome to ride informally together on a 3 mile ride down Surfside, a 7 mile ride on Surfside (Chamber route) onto Beach & Oasis (Team Aubuchon Route), or a 15 mile round trip on the Chamber and Team Aubuchon routes to Cape Harbour and back.

Signage: The routes are being marked with two types of distinctive signage.  The first is the green & white traffic control signage, which is based on Florida’s new bike signage.  It tells the cyclists which route they are on, where to turn to stay on a route or go onto another route.  In addition other safety and information signage is being placed along the routes.

The blue and white Adopt A Route signs name the 7 sponsored routes and the small sign below lists the individual sponsor for a particular sign.  These are the signs used to raise the funds for these routes, but also tell the rider which route they are on.   So, for instance, Physicians’ Primary Care sponsored a route and their physicians are sponsoring the individual signs on their route.