The Dec. 13th meeting was the annual joint meeting of the Lee and Charlotte County MPO Boards, as well as the FDOT District 1 public hearing for the draft FDOT 5-year work plan. A major focus of the discussions was on issues of interest to BikeWalkLee--bike/ped safety, increased investments in bike/ped infrastructure, complete streets, roundabouts, road diets, transit funding.  There was also a presentation by CUTR about lessons learned from the 2035 LRTPs around Florida.  Secretary Hattaway updated the Boards on the status of implementing statewide bike/ped and complete streets improvements.

Public Hearing on FDOT District 1 5-year Work Plan
FDOT's presentation for this hearing was done in the form of a video, with FDOT District 1 Secretary Billy Hattaway making opening remarks.  The focus of his remarks were on FDOT's bike/ped safety campaign that he is heading up statewide, and many of the projects highlighted in the video focused on bike/ped investments.

The comments during the public hearing focused on bike/ped and complete streets-related issues.  Fort Myers Beach Mayor Allan Mandel recommended that the scopes of a couple of the projects in the FDOT work plan list be expanded to better address safety and holistic planning to deal with traffic problems on Fort Myers Beach.  He specifically recommended that the Summerlin trolley lane study be expanded to include the bridge itself, a roundabout, and to look at all bike/ped facilities.  He also asked that the roundabout study be expanded to include plans for a roundabout at the foot of the bridge coming on island.  Darla Letourneau, representing BikeWalkLee, spoke in strong support of a roundabout at this location--the best candidate in the county and a chance of a lifetime to make this improvement.   Fort Myers City Council member Mike Flanders also spoke in support of a roundabout at the Fort Myers Beach entrance.  He thanked Secretary Hattaway for his support of roundabouts and talked about the important safety and cost-savings benefits of roundabouts.  He noted that the FDOT District 1 work plan included funding for 8 roundabouts for Sarasota County.

Letourneau also thanked Billy Hattaway for his focus on bike/ped safety and spoke in support of the increased funding levels for Lee County bike/ped in the work plan--an increase of about 50% over last year's level.  She also strongly supported LeeTran's recommendation (endorsed by the TAC and CAC) that the $400 K annual cut in LeeTran operating expenses for the US 41 corridor be restored.  Given that we're faced with trying to find $500 K to continue the popular LinC route that connects Lee and Collier Counties when the FDOT grant runs out at the end of this year, having a new funding hole created in addition to the LinC funding issue is very troublesome.

A citizen from Punta Gorda spoke about the need for improved safety features on the US 41 bike/ped path that was recently completed.

Charlotte County FDOT Work Plan:  The only comment made was a request by one of the Charlotte County Commissioners that the bike/ped trail planned for the North Jones Loop area be advanced faster so the purchase of ROW and construction could happen sooner.  He stated that there are many walkers going to work at the Walmart and they need a safe way to walk and bike there.

BWL's Letourneau spoke again in support of the FDOT work plan for bike/ped projects and the roundabouts study, and raised concerns about the LeeTran cut.  In total, the funding level for bike/ped projects increased by $9.8 million. Letourneau also thanked FDOT for including regional enhancement projects (Abel Canal and PD & E for 10 Mile Linear extension) in this year's plan, for funding the planning for the Winkler Canal Shared Use Path (a demo project in Fort Myers identified in the MPO bike/ped master plan); and for funding bike/ped master plan development in both Cape Coral and Fort Myers Beach.  The development of these plans is an important part of implementing the MPO bike/ped master plan. Letourneau asked for additional analysis on the investments being made to improve bike/ped safety and asked whether there were additional state safety funds (HSIP) that Lee County could receive. 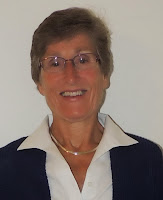 Letourneau thanked Commissioner Pendergrass for hosting the first meeting on Dec. 10th of all Lee County law enforcement officials as part of implementing the MPO's bike/ped safety action plan aimed and greatly reducing the County's high bike/ped fatalities and serious injuries. She urged all local jurisdictions to make this a high priority for their law enforcement agencies.


There was extensive discussion about the LeeTran cut in the FDOT work plan.  Both Commissioners Hamman and Mann were concerned about the proposed cut and reluctant about endorsing the FDOT work plan until FDOT has restored this cut.  FDOT officials stated they were working to find a solution.  The Board voted to endorse the FDOT work plan with the caveat that they expected FDOT to address the staff comments, which included the request that the $400 K annual LeeTran cut be restored.

CUTR Report on review of Florida 2035 LRTPs
Karen Seggerman from CUTR (Center for Urban Transportation Research) made a presentation on CUTR's comparative review of all Florida MPO 2035 LRTPs, with an eye towards improving the 2040 plans throughout Florida.  The conclusion of the report was that funding challenges coupled with public desire for more travel choices are guiding planning efforts to be more strategic. The report also pointed to a 2040 LRTP that is more multi-modal and reflects changing priorities and needs, based on funding realities; and a plan that is developed with greater public engagement.  Cape Coral Councilman Burch commended CUTR on the report and said it has valuable information for Lee County's use.  With a major funding shortfall and the need to maintain our existing infrastructure, the next LRTP needs to bridge the gap between available funding and the highest priority needs. 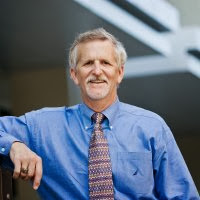 Secretary Hattaway highlighted the Alert Today Alive Tomorrow campaign, which targets the top 10 counties, which includes Lee County.  Hattaway also announced that District 1 is getting ready to hire its first landscape and urban design staffer, focused on looking at the edges of the roadways and what needs to be done to achieve complete streets.

He also discussed the work of the statewide bike/ped policy and implementation team which is now developing a statewide complete streets policy.  The team is developing guidance for the whole state which will be context-based vs. "one-size-fits-all".  They are also developing guidance on road diets and promoting increased use of roundabouts by requiring every district to have two roundabout projects in their work plan.  Hattaway also reported on the status of defining the US Bike Route in Florida. Finally, Hattaway announced that he plans to remain in his position for 5 1/2 more years.  Members of the Board expressed their appreciation for everything that Secretary Hattaway is doing to bring real change to FDOT and for his close collaboration with the MPO and its local jurisdictions.