Florida's new law that bans texting while driving goes into effect Oct. 1st and today's Sunday edition of the Fort Myers News-Press focuses extensively on the topic, with a series of articles, video stories of people impacted in our community, interactive tests, polls, graphs, and their own on-street survey.  Kudos to News-Press for raising public awareness, helping with the culture change process, and highlighting the need to strengthen the legislation.  BikeWalkLee partner organizations (LMHS, Injury Prevention Coalition, Stay Alive, Just Drive!, along with BikeWalkLee reps), are also quoted in the articles. 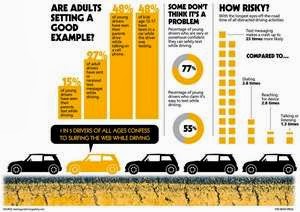 Below are a few excerpts from the 9/29/13 series, with links to all the articles, videos, etc.

Syndi Bultman has seen the dark side of texting while driving.

Not just inconveniences, such as missing a light due to a tweeting teen or passing a slow-moving texter. As a trauma nurse at Lee Memorial Hospital, she’s dealt with the worst a distracted driver can do. They stand out among the thousands she’s treated during 25 years on the job.

Bultman can still see the half-dozen tubes curled across Chelsey Murphy’s matted red hair days before she was declared brain dead and buried. The Naples teen was the victim of a driver chatting on his cellphone.

“People need to ask themselves if the call or the text is worth dying for before they answer,” said Bultman, chairwoman for the Lee County Injury Prevention Coalition and injury prevention manager for the hospital’s trauma center. 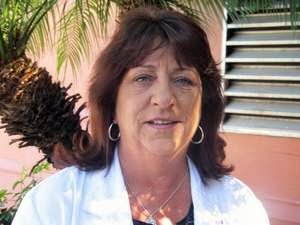 As injuries, deaths and damage from distracted driving continue to add up, Florida has taken a small step to fight back.

On Tuesday, House Bill 13 will go into effect across the state, outlawing texting while driving except under certain circumstances.

The need for such legislation is evident in traffic statistics:
• About 80 percent of car accidents are the result of driver inattention, according to the coalition.
• In 2012, the Florida Highway Patrol investigated 530 Lee County crashes related to distracted driving. It has looked into 460 such accidents so far this year in Lee, up from 174 distracted driving crashes in 2011.
• Texting while driving causes about 1.6 million crashes per year, according to the National Safety Council.
• A documented 3,331 people in the U.S. were killed in crashes involving a distracted driver in 2011, an increase from 3,267 deaths in 2010, according to distraction.gov

Even more compelling are stories from people whose lives have been irrevocably changed by a tweet, text or message on their device.

“We are such a distracted nation,” said Joyce Schneider, associate pastor of Tree of Life Church in Naples and friend of Murphy, who was 19 when she died. “You go down the road and everyone’s driving and texting and talking. We do so many things while we’re driving a car that can kill us.”

The News-Press interviewed dozens of people affected by distracted driving while reporting on this issue. Many of their heartbreaking accounts are detailed in the following stories.  Click here to continue reading.

Texting ban a good first step
by Christina Cepero, News-Press
excerpts:
"...Most drivers interviewed agree the new law is a start but needs to get stronger...."

“Florida seems to need to crawl before it can walk. We see it as a first baby step,” said Darla Letourneau, founding member of the BikeWalkLee coalition. “I truly believe that having something be against the law even if it’s hard to enforce is the beginning of not making it socially acceptable. Cultural changes take a while.”

Florida has had a seatbelt law since 1986 but it became a primary offense in 2009.

Jay Anderson, executive director of the Stay Alive …. Just Drive organization, said the Legislature finally did it because otherwise the federal government was going to withhold highway safety funds.
Anderson predicts the same trigger for the Legislature to strengthen the anti-texting law.

He said law enforcement can pull over drivers suspected of texting for careless driving, which is a $164 ticket and three points on a driver’s license.

“That sends a better message than a $30 slap on the wrist,” he said.

Dan Moser, a local traffic safety consultant, agrees the careless driving law has more teeth. “When I see something as watered down and literally as pathetic as this anti-texting bill that ends up resulting from Tallahassee, it just makes you say we need some new leadership up there,” he said.