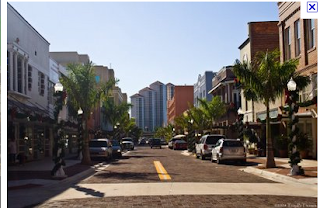 “I will tell you now, Generation X will not
come here,” Hanson told a crowd packed
into the Harborside Events Center on
Friday. “Generation X will not buy a three-
two. They want a 24-hour city and things
within walking distance. We’re no longer
moving to suburbia.

“Finally, we’re turning around and moving
back to the cities.”

Hanson joined a panel of economists, local
leaders and land planners in downtown
Fort Myers for an all-day symposium on
land planning over the next 25 years.
Speakers universally panned suburbia in
favor of planning that puts housing,
entertainment and businesses next to one
another or within walking distance.
It’s the key to economic recovery, they

said, and a necessity in a rapidly changing
world.

About 140 students invited to the event —
the top 10 students from area schools —
confirmed Hanson’s assertion.

More than two-thirds said in a survey they
would be most likely to stay in Lee County if
development is focused in dense urban
areas.

Turning swampland into housing won’t save
it.

“If we just keep doing what we’re doing,
stagnation is what we’re seeing,” Fishkind
said.

Typical of Florida, Lee County has botched
land use, Fishkind said. Functional public
transportation is non-existent and the
county pays for its services on the backs of
new development with sky-high impact
fees and inequitable property taxes.

“We all need to pay for infrastructure,”
Fishkind said. “The days of sticking it to the
new people is over.”