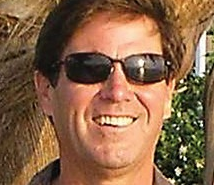 Rarely am I so taken aback by a scene I encounter in my daily travels as I was just last week. Being on a relatively intimate level with our area’s natural and built environment because I get around a lot by foot or bike — often taking a route less traveled — I’m used to seeing both stunning and disturbing sights up close and personal. Click here to continue reading.

I’ll be attending both the National Bike Summit (www.bikeleague.org/conferences/ summit11) in Washington D.C. in early March and our own Florida Bike Summit (www.floridabicycle.org/joinus/summit) in Tallahassee later in the month. They’re both vitally important forums in these tumultuous political and economic times. While in Washington I’m looking forward to handing off the executive directorship of Florida Bicycle Association to Tim Bustos who will be replacing FBA’s very competent and dynamic former director, Laura Hallam, who recently retired. Thankfully for us, Ms. Hallam’s been staying on board as a volunteer to help me handle interim duties and to make Mr. Bustos’ transition that much smoother.

To say FBA picked a winner to fill some big shoes is an understatement. Mr. Bustos has 28 years of experience in the field of bicycle transportation planning, design and engineering, including 12 as the Bike/Ped coordinator for Davis, Calif., where he was instrumental in attaining platinum level for the League of American Bicyclists’ “Bicycle Friendly Community” the first in the U.S. to receive the highest designation. Mr. Bustos started out in Florida, serving as the regional bicycle and pedestrian coordinator for seven counties in Northwest Florida. He has an extensive background in bicycle advocacy and legislative work, having served on the original board of directors for FBA in its first incarnation in the late 1980s, and two terms on the board for the California Bicycle Coalition. On behalf of all those who cycle in our state, I’d like to welcome Tim Bustos home.

— Dan Moser is a league cycling instructor/ trainer and program manager for the Florida Bicycle Association who cycles, runs and walks regularly for transportation, recreation and fitness. He can be contacted at dan@floridabicycle.org or 334- 6417.
Posted by Darla at 2/23/2011 04:58:00 AM