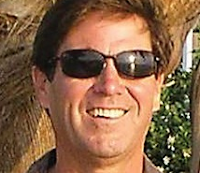 If you’re already active outdoors or want to be, but have reservations about the safety and ease of getting out there to engage in various activities that require you to deal with traffic, you’ll be interested in what our local candidates have said. Based on answers to a survey BikeWalkLee sent to all those running for the Lee County Board of County Commissioners, it appears that everyone who submitted feedback is aware of the benefits of significantly improving the bike/ped environment and will work to that end. At least that’s what everyone who responded appeared to indicate.

Following are verbatim responses to the survey question that relates directly to our community’s overall heath (some shortened due to space limitations). Full survey answers are available at BikeWalkLee's website.

Question: What kinds of initiatives would you support to ensure that planners and developers prioritize health in the built environment?

Bob Chilmonik, Republican, District 1 - I, myself, am very committed to physical exercise as a way to maintain good health. I run several miles a day and run in local races, including mini-marathons, very frequently. I am personally aware of the dangers of walking and running on Lee County streets and will make every effort to raise the awareness of our planners and policy makers with regard to the need to protect our citizens and our environment by making our county more amenable to healthy living.

Mike Jackson, Republican, District 1 - If the policy reflected in the Complete Streets Resolution is followed, the direction to planners and developers should be clear and the opportunities for a more active lifestyle will grow. The BoCC must follow through on the execution of the policy as contracts are negotiated for county transportation projects.

Carla Johnston, Independent, District 1 - Advocacy groups must persist. There is nothing at present requiring this consideration. So, it depends on a mix of thoughtful persons in staff and policy jobs and advocacy groups making certain that the topic remains high on the media horizon.

Brian Bigelow, Republican, District 2 - Through the educational efforts of Bike- WalkLee and its partner, Reconnecting Lee, an organization I helped found, the public and public officials are becoming more aware of the high cost of development patterns and infrastructure systems that depend so heavily on travel by car. It is expensive in public health and public wealth when doing anything outside of one’s home requires a car trip first. Now we are more aware as a community, we need to act and require others to act. The adoption of regulations favoring and in some cases requiring complete streets and mixed-use transit oriented development is an easy first step, if only we have the will to do it.

Sonny Haas, Republican, District 2 – We need to offer incentives to companies that are building to include in their plans a bike path that runs in front of their facility and even extends down the street. An indoor/outdoor exercise area should be encouraged as a common addition to any new building being built, with tax incentives being given to those who do provide this option. Having a fitness center on premises as many fire and police departments have will encourage employees to come in and exercise.

Cecil Pendergrass, Republican, District 2 - As county leaders, we must use all of our resources from both the public and private sectors, including those in the medical field, to raise awareness about the benefits of bicycling, walking and transit use. I will support initiatives that promote such healthy living to the public. As the public generates more interest and demand increases for livable communities, planners and developers will accommodate by developing more compact communities with adequate sidewalks and bicycle paths, which in turn will provide for safe and convenient travel, thereby encouraging a healthier lifestyle.

Dick Ripp, Republican, District 2 - have been walking the precincts, meeting our citizens while running for election to the commission, and I have lost 22 pounds, and shortened my belt two notches. Walking/biking to work make you healthy. Government-provided tax and legal incentives to home and business developers for the incorporation of physical activity facilities will result in a better, healthier Lee County, and a better place for people to live and work in. Our citizens must prod our elected officials to make sure that the developers “do the right thing.”

Tammy Hall, Republican, District 4 Sustainability is what I have focused on over the last four years and I will continue to support this effort by creating changes to the requirements in the zoning and entitlement process. By guiding developers to start their projects with designs that include walkable, bikeable, transit-friendly communities, we ensure the quality of life we want and desire in Lee County.

Until next time, I’ll look for you on the roads and trails. �

— Dan Moser is a league cycling instructor/ trainer and program manager for Florida Bicycle Association who cycles, runs and walks regularly for transportation, recreation and fitness. He can be contacted at dan@floridabicycle.org or 334-6417.
Posted by Darla at 8/11/2010 07:52:00 AM