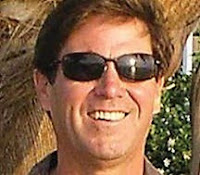 Unlike last year’s unseasonable monsoons that occurred during the Florida Bike Summit at the State Capitol, the weather cooperated this time. And as was the case last year, Florida Bicycle Association members and other advocates who took part made progress in moving forward the effort to improve conditions throughout the state for all cyclists. A number of bills FBA supports are making their way through the process, although their fate is unknown as of the writing of this column.

Capitol City Cyclists and others rode up St. Marks Trail to attend the event that began with a rally in the Capitol’s courtyard. Three state legislators, Sen. Paula Dockery, Rep. Adam Fetterman and Rep. Julio Rubaino, each pledged support for our efforts. The highlight was the announcement by Rep. Rubaino of the reformation of a statewide bike/ ped advisory council, something we’ve been working on for a long time.

Summit attendees conducted dozens of meetings with elected officials and their staffs. Officials were asked to support various initiatives, including: an anti-texting ban; ensuring bikes will be allowed on trains; increasing penalties for drivers who injure or kill vulnerable road users; and preserving the Office of Greenways and Trails, an important partner that’s been targeted the past two years. Reports from the meetings were generally very positive, with most appearing to at least understand the issues. Two local officials with whom I met, Sen. Dave Aronberg and Rep. Nick Thompson, are both strong supporters of efforts to make things better for cyclists and pedestrians throughout the state.

Next up: ProBike/ProWalk Florida. We’re holding our annual conference in Lakeland May 11 to 13. Click here for all the details.

BikeWalkLee would like to see signs erected throughout the county that have been recently approved for use on roads without bike lanes or paved shoulders and that are too narrow to allow an average motor vehicle to share the lane safely. The 2009 edition of the Manual of Uniform Traffic Control Devices, a bible-like guidebook for transportation professionals, allows departments of transportation to post “Bikes May Use Full Lane” signs. These regulatory white and black signs make sharing the road enforceable by law and not just a suggestion, as is the case with yellow and black “Share the Road” signs.

Specifically, the 2009 MUTCD says the “Bicycles May Use Full Lane” sign may be used on roadways where no bicycle lanes or adjacent shoulders usable by bicyclists are present and where travel lanes are too narrow for bicyclists and motor vehicles to operate side by side. For support, the MUTCD refers to the Uniform Vehicle Code, which “defines a ‘substandard width lane’ as a ‘lane that is too narrow for a bicycle and a vehicle to travel safely side by side within the same lane (less than 14 inches wide).’”

Many important routes in Lee County that have inadequate bike accommodations (5-foot by 6-foot-wide sidewalks that are riddled with utility poles and others hazards are included in the list) could be signed this way. Cyclists who use — or would like to use — major roads such as College Parkway, Cypress Lake Drive, Bonita Beach Road. and scores of others would undoubtedly benefit from this informative tool. If you’d like to see these signs posted, or have other suggestions for ways road managers can help drivers and cyclists understand that the road is the best and safest place to ride, let them know. You can go to www.bilewalklee. org to learn how.

Until next time, I’ll look for you on the roads and trails. 

— Dan Moser is league cycling instructor/ trainer and program manager for Florida Bicycle Association who cycles, runs and walks regularly for transportation, recreation and fitness. He can be contacted at dan@floridabicycle.org or 334-6417.
Posted by Darla at 4/21/2010 06:50:00 AM