I’m pretty sure you’ll agree from what we all observe - and maybe even engage in - on a regular and alarming basis is that way too many of us require distraction from almost any singular task in order to go about our lives.

From my perspective it’s most obvious when we’re on the move. Whether it be behind the wheel, on our bikes or on foot, we evidently feel the need to entertain ourselves or get other things done while undertaking what we must perceive as activities too mundane on which to focus. And from what it appears, this phenomenon is becoming more pervasive as potential technological distractions continue to be created. 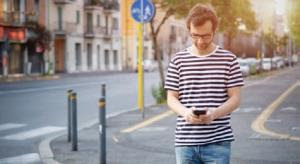 The consequences of multitasking when operating a piece of machinery capable of easily killing or injuring oneself and others is obvious and played out over and over on our roads and highways.

Based on statistics, it’s especially problematic in Southwest Florida, where Lee County’s traffic fatalities total over 100 each year, a rate that’s off the charts in terms of other places with similar population numbers and demographics.

Drivers who have the potential to kill or maim by merely averting attention from operating vehicles for only a few seconds has become one of the primary contributors to crashes — even when considering distracted driving is woefully under-documented by law enforcement or admitted to by drivers involved in crashes.

Deliberately driving while distracted is irresponsible.

Maybe the chance that the armored cocoon of cars and trucks will provide enough protection in a crash to stave off death or serious injury makes us feel it’s worth the risk.

That’s not the case for vulnerable road users involved in a collision with a motor vehicle. The fact that pedestrians have a 50 percent chance of being killed by a car operating at 30 mph and only a 15 percent chance of surviving a hit at 40 mph makes one wonder why so many of us who are walking, running and on bikes feel it’s OK to be distracted, too.

Whether in a car, on a bike or on foot, we should assume others are distracted and keep a keen eye out.

Lee County is officially known as the most dangerous place in the U.S. to be a pedestrian (see smartgrowthamerica.org/dangerous-by-design) so that should motivate anyone who uses our roads and highways to be more cautious.

But electronic devices appear to be as prevalent among vulnerable road users as they are for drivers - so our status as having the most dangerous pedestrian environment in the country will likely continue. And our overall traffic crash numbers probably won’t decline, either.

Those involved in injury prevention - as am I - often feel we’re beating our heads against a wall. Our state elected officials refuse to enact laws that are proven to curb the use of electronic devices when one is behind the wheel. Florida has the weakest law in the country when it comes to reducing driving distractions, something that likely won’t change this session.

At last week’s city council meeting the city of Cape Coral was formally presented with an award from Florida Bicycle Association for being named the state’s 2016 Bike Friendly Community of the Year. Here’s what Becky Afonso, FBA’s executive director, had to say afterward: “I enjoyed meeting Carolyn (Conant) and Mike (Swanson) of Cape Coral Bike-Ped yesterday for the award presentation. We talked a little bit after the presentation and it’s encouraging to know that such dedicated people are behind the Cape Coral bike-friendly movement. They couldn’t say enough about the mayor and the city, and the city and the mayor couldn’t say enough about their volunteer organization during the council meeting. This morning I rode a little of the yacht club route and the Cape Coral chamber of commerce route. Both were well marked and easy to navigate. I like that anyone can come to this town and enjoy an hour or so experiencing the community by bike.”

To stay abreast of how the Cape moves forward and other Complete Streets matters, be sure to regularly visit BikeWalkLee’s blog (bikewalklee.blogspot.com). ¦