As a follow-up to today's News-Press headline story, "Nonprofits may lose license plate money to private company." BikeWalkLee sent a letter to House Chairman Grant and to the Lee Legislative Delegation urging them to oppose any amendment to change the Share the Road license plate program.

April 25, 2017
Members of the Lee Legislative Delegation:
Below is the letter BikeWalkLee sent today to Chairman Grant re: HB 1375 and our opposition to the attack on the Share the Road specialty license plate.  This amendment was today's headline story in News-Press.
As stated below, we strongly oppose the Beshears amendment to HB 1375, and urge you to press for deletion of this provision in the House bill.  We also urge you to oppose any amendment to any other bill (including SB 784 and HB 545) that would attack the Share the Road specialty license plate program.
Thank you for your support.
Darla
On behalf of BikeWalkLee 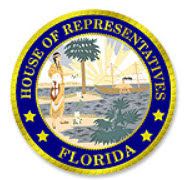 BikeWalkLee, a broad-based community coalition with 70 supporter organizations, advocates for complete streets in Lee County and promotes policies that enhance the safety and usability of our roadways, and actively participate through our Lee County Legislative Delegation in the annual Florida legislative process.  From our founding in 2009, we have partnered with the Florida Bicycle Association to focus on making Florida a safer place to bike and their safety education outreach supports our local efforts.
We understand that the House will be considering HB 1375 shortly.  We strongly oppose with the amendment adopted last week offered by Rep. Beshears ( lines 171 - 201 of Committee Substitution 3 of HB 1375), which is an assault on the Share the Road specialty license plate.  The Beshears amendment not only removes both the Florida Bicycle Association and Bike Florida from any proceeds generated by the Share the Road license plate, it instead gives the proceeds to a newly formed for- profit company, Cycling Association of Florida.

Florida Bicycle Association and Bike Florida have each existed for 20 years or more and have met all the requirements of the current statute pertaining to the Share the Road plate since signed into law in the year 2000 (Statute 320.08058).  This plate came about as a result of the hard work of countless volunteers who made the Share the Road specialty license plate a reality nearly 17 years ago.  It is unfair and unethical to hijack this program for the benefit of another group.  In addition, we believe the amendment violates Florida Statute 320.08056 (10)(a), which prohibits the monies from being used for for-profit activities.
This amendment was of such significance to our community that it was today's headline story in the Fort Myers News-Press newspaper: "Nonprofits may lose license plate money to private company."

We urge you to remove this amendment from HB 1375 when the House moves to 2nd reading of the bill.  As the most dangerous state in the nation for pedestrians and cyclists, the last thing Florida should be doing is eliminating the valuable statewide bicycle safety outreach program run by FBA.  Much is at stake for Florida's future in making our roadways and streets safer.