Great to see Rep. Kathleen Passidomo retroduce her bike safety bill for the 2016 Florida Legislative session, which begins Jan. 2016.  Check the details of the bill (HB 253 and SB 332 by Senator Altman) and track its progress through the legislative process. BikeWalkLee will be testifying in support of this bill (and other issues before the Legislature) at the Oct. 14th Lee Legislative Delegation annual hearing, and will post our statement on the blog on Oct. 14th. Let Florida legislators know that it's important that they enact this bill in 2016.

A Southwest Florida legislator refiled a bill Monday that would hold drivers more accountable for hurting bicyclists or others on the road.

Motorists who cause bodily injury to bicyclists or other "vulnerable road users" could, in addition to other charges, get slapped with fines up to $2,500, under a bill refiled by Rep. Kathleen Passidomo, R-Naples.

House Bill 253 intends to make roads safer for bicycles, also calls for motorists' licenses to be suspended for three months, with a requirement to retake a driver's exam, if they twice within five years are charged with non-criminal traffic infractions that result in serious bodily injury or death to bicyclists or other "vulnerable" pedestrians. 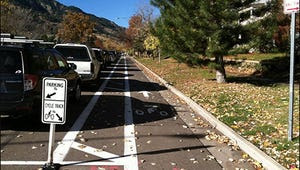 Share the Road
The bill spells out that motorists must yield the right-of-way to bicyclists or pedestrians when making right turns that cross sidewalks, bicycle lanes or bicycle paths.

The measure also would allow motorists to cross double yellow median lines to give three feet of space when passing bicyclists or other "vulnerable" users. 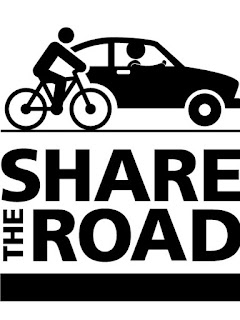 Passidomo filed a similar measure for the 2015 session. That proposal cleared four committees but died without getting a floor hearing when the House ended its regular session early over a budget impasse with the Senate. The new bill will be considered during the 2016 session, which starts in January.