Very disappointing to see that one of the many fallouts of the Florida House abruptly ending the legislative session on Tuesday was the loss of the bike safety bill, championed by Rep. Passidomo, that had been passed by both the House and Senate.  Thanks to Tish Kelly who fought tirelessly for this bill along side Rep. Passidomo and other supporters.  We'll be back next year!

A Florida bill that, among other things, would have boosted penalties for drivers who injure walkers, motorcyclists and bicyclists was a casualty of the legislative session; its supporters plan to revive it.
The bill passed the House and Senate, but the versions were different and it died after being sent back to the Senate, said Rep. Kathleen Passidomo, a Naples Republican and lead sponsor of the bill.
"The good thing about it is that now it's on people's radar screens," said Passidomo.

She plans to reach out to law enforcement, cycling groups, drivers and the Florida Department of Transportation to hone it and build consensus before introducing it next session. Passidomo received positive emails about the bill from cyclists, but also negative ones from drivers who feel bicyclists should not be on the road.

"Believe it or not, it's a controversial bill," she said. 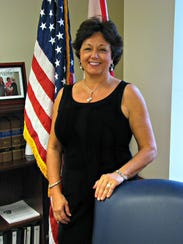 Florida Rep. Kathleen Passidomo, a Naples Republican, was the lead sponsor of the bill. (Photo: Special to news-press.com)

Passidomo championed the bill after her Naples law partner, Chuck Kelly, was hospitalized with more than 20 broken bones after being hit while cycling in January 2014. The driver did not have to appear in court. Instead, he paid a $170 fine.

Tish Kelly, Chuck Kelly's wife and a competitive cyclist, advocated for the bill in Tallahassee and shared stories of her husband and other riders who received life-altering injuries while responsible drivers faced minor consequences.

"I drove home the injustice," she said. "We need to stiffen our laws and increase our penalties as a deterrent because there is no deterrent."

The original bill was parsed down during session, but the most recent version included increasing the fine for careless driving that harms a vulnerable road user up to $2,000. The standard fine now for careless driving is $161. Lawmakers also kept the provision that vulnerable users should be given three feet of space starting from the widest part of anything on the vehicle. 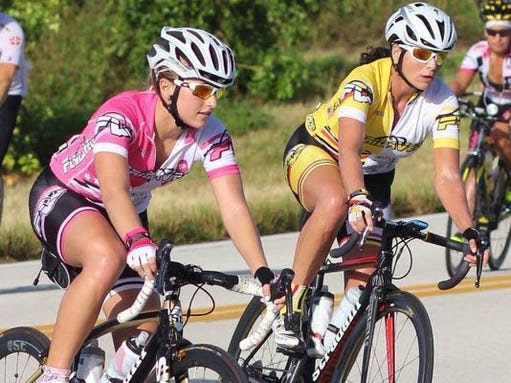 Naples cyclist, Tish Kelly, right, was an advocate for the bill after her husband, Chuck Kelly, was seriously injured in a bike crash and the driver received a $170 fine. (Photo: Special to news-press.com)

Kelly and Passidomo hope to build support for the bill in the coming months. Kelly said a stumbling block during the process was feedback from lawmakers that cyclists were not following the rules of the roads.

"If cyclists could please behave on the roads across the state, that would make a huge difference," she said.