Today's BWL column looks at the spike in traffic fatalities on Lee County roads this year and the implications for people walking and biking.

Should bikers and walkers who use Lee County roads care about a sudden spike in traffic crashes and resulting deaths?

Absolutely, because anything that impacts any road user ultimately affects every road user.
Let’s say the reason for the rise in crashes and deaths is poor road conditions — roads that are overused, under-maintained or poorly designed. Cyclists and pedestrians will also suffer from deteriorating conditions, from rundown roads and from a higher risk for those conditions to spawn crashes that could include people walking or cycling on or alongside the road. 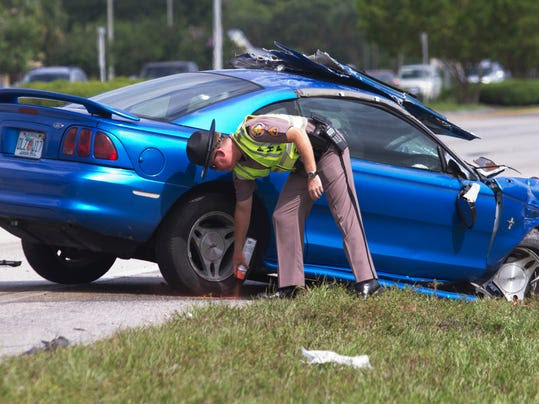 The same logic applies if the reason for the spike in fatalities is due to a failure of equipment — vehicles malfunctioning in ways that result in collisions and possible injuries. People walking or cycling nearby could be collateral damage just the same.

If the real reason for the risk rise is driver error — say, inattention, impairment or imprudent speed — cyclists and pedestrians sharing those roadways are even more at risk. If bad drivers are causing more accidents that result in more traffic deaths, bikers and walkers surely stand no chance if they become part of such a pile-up.

This year-to-date spike in traffic fatalities may just be an anomaly, the result of more traffic bringing more problems. (The fact that the highest fatality year on record — 2007 — was also the last economic boom year before the recession reined in traffic, offers an interesting correlation.) Nonetheless, those who worry about the safety of our roadways would be wise to watch this trend closely, particularly to ascertain what’s really causing the calamities.

If it’s bad roads, an infrastructure investment may be in order — particularly in complete street designs, which make roads safer for all users by building in enough space for every user to move safely, whatever the method.

If it’s bad drivers, then more enforcement and education may be necessary — to catch bad drivers before they cause harm and to remind good drivers to pay better attention to the task at hand (which is to drive safely, and nothing else).


Ready to ride or run?
Run: Become part of the oldest running group around, by taking part in the Fort Myers Track Club Membership 5K on Saturday, June 6. Participation makes you a member for the next year, and the camaraderie will keep you coming back — for example, to their Summer Fun Runs which kick off June 11 and alternate between Thursday and Tuesdays every other week throughout the summer. Check out www.fortmyerstrackclub.com for details.