Collier County advocates, elected officials, and County and MPO staff are focused on what can be done to make the roadways safer for cyclists.  Kudos to the Naples Pathways Coalition, one of BikeWalkLee's supporter organizations, for its leadership.  Bike/ped safety is a region-wide problem in SWFL and BikeWalkLee is partnering with the Naples Pathways Coalition and others to bring more awareness and action to this serious problem.

Credit goes to Collier County volunteers and government leaders as they work in tandem to make roads safer for bicyclists.

News consumers in Southwest Florida in recent weeks have read and heard the tragic story of Griffin Shallow, a cyclist seriously injured when struck by a car in November while riding on Vanderbilt Beach Road. They've read and heard about Austin Dukette, 15, a cyclist who died in Cape Coral in August after he was struck by a Lee County sheriff's deputy.

And last week, the Collier County legislative delegation heard about a Naples attorney's struggle to recover after sustaining 25 broken bones in a cycling accident.

That's the human side of the numbers. A Collier County Metropolitan Planning Organization report in 2013, summarizing data from 2008-12, showed there were about 620 bicycle-related crashes in that span compared with some 500 involving pedestrians. A guest commentary published on these pages last week by a representative of the nonprofit Naples Pathways Coalition stated there are 64,000 cyclists in Collier County and more than 350 crashes occurred between cyclists and vehicles in the past 3 ½ years. A Cycling Accident Prevention Committee report on the issue is expected to be completed in early 2015.

Thanks to these dedicated citizen volunteers, working in concert with government staff and elected leaders in Collier County, an initiative is in the works. Collier County commissioners considered the problem so pressing, they made it second on their list of priorities for the Legislature to address in 2015.

State Rep. Kathleen Passidomo, R-Naples, is doing so. She is working on proposed state legislation aimed at better protecting cyclists.

Some possibilities discussed with Collier County's state lawmakers include requiring bicycle safety law questions in driver license tests and making awareness part of driver education courses. Other suggestions are modifying right turn on red laws to allow bicycles to clear first and bolstering penalties in a law requiring drivers to keep a 3-foot buffer from a cyclist.

Didn't know about that last one? Collier County government staff lists it atop its tips to make roads safer for bicyclists, noting that since 2006, Florida law has required motorists to give bicyclists 3 feet of space when passing.

Based on the Cycling Accident Prevention Committee numbers, a cyclist could be in range anywhere in Collier. According to the MPO report, if you think Immokalee or Golden Gate is the most likely place for a cyclist to have a collision with a vehicle, think again. Among the top 20 locations for collisions, most were in North Naples and East Naples.

Thankfully, volunteers and government leaders from Collier County are figuring out a path toward making the roads safer for cyclists and drivers to co-exist. 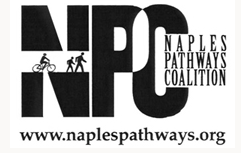 After checking to see if Shallow was dead, the motorist drove away, leaving the injured cyclist in the middle of the road like roadkill. This hideous post-accident behavior of the motorist is not typical in bicycle-automobile crashes.

But it does highlight a serious issue in Collier County about conflicting usage of the roads that needs to be corrected and will require the cooperation and efforts of everyone living in and visiting our community.

We are encouraged by the action of Florida state troopers in seeking a felony warrant for the arrest of the motorist who hit Shallow. This case appears to be on point for the application of the Aaron Cohen Act, signed into law by Gov. Rick Scott this year.

It increases the penalties for motorists who leave the scene of an accident where injury or death occurs.

The vulnerable road user (cyclists, motorcyclists and pedestrians) provisions of Florida law should also apply in this case. If the motorist is determined to be guilty of violating the Aaron Cohen Act, we are hopeful that the court will apply the sentencing provisions of the act as intended by those who drafted the law.

The Cycling Accident Prevention Committee (CAPC) of the Naples Pathways Coalition (NPC) is currently finalizing a study of cycling accidents in Collier County and hopes to issue a report in January 2015.

Approximately 64,000 cyclists occupy the roads of Collier County for sport, exercise and to commute to work. For more than 12 percent of the population, a bicycle is their only method of transportation. In the past 3½ years, there have been more than 350 bicycle-automobile crashes and 61 percent of these crashes resulted in injuries to the cyclist, some very serious.

These are very conservative numbers, because the Collier Metropolitan Planning Organization (MPO) estimates that 40 percent of bicycle-automobile crashes are not reported.

As a vacation and winter-home community, Collier County and Naples need to commit to taking the necessary action to make this community safe for cyclists. There has to be a change in the planning and design of the roads and the behavior by both cyclists and motorists.

Research has confirmed that there is a tremendous need for education of both motorists and cyclists concerning how to share the road.

Everyone needs to know the law. Motorists need to be attentive and cautious and cyclists need to be predictable and defensive. Through cooperation and respect, we can make Collier County a prime example of a safe, bicycle-friendly community in the sun.

Based on MPO forecasts, there will be more than 100,000 cyclists on Collier County roads in 10 to 15 years. The CAPC of the NPC is working to make Collier County a safe environment for those cyclists.

Check our website in January for the details of a cyclist safety action plan.