Bonita Springs Council's vision makes it a cut above

BikeWalkLee is thrilled to see the Bonita Springs City Council's efforts in support of complete streets and a livable community vision being recognized by News-Press in its annual awards competition.  The article mentions BikeWalkLee's recent award to the Bonita Springs City Council and staff as the 2014 Complete Streets Champion of the Year.  Kudos to "Team Bonita"!

Council's vision makes it a cut above

The Bonita Springs City Council — seven elected officials who make decisions for the people of Bonita Springs as one body — is one of three finalists for The News-Press Public Official of the Year.
"That's really a tribute to all of you," Mayor Ben Nelson told his fellow council members at a recent meeting. "We have to act as one entity, as one person, in order to get anything done."

Together, they represent the 15-year-old city of 47,000 at the southern end of Lee County with the brand of small-town charm with a big, bright future.

The winner will be named Feb. 19 at a special ceremony. 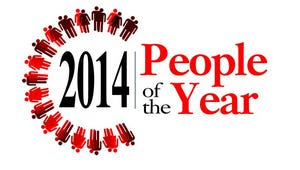 The City Council was selected because of its vision, including approval of a $16 million downtown revitalization project, completion of Shangri-La Road linking Old 41 to Imperial Parkway, addition of a dog park and getting $250,000 from the Legislature for Oak Creek improvements.

City leaders are working toward a walkable downtown with wide sidewalks, bike lanes and traffic-calming roundabouts that will attract more people and businesses, encouraging Old Florida-style architecture with high ceilings and expansive porches.

Lee County's transportation planning board killed a federally funded $1.1 million state intersection study of U.S. 41 and Bonita Beach Road in August after the City Council asked it to because of risk it could lead to a flyover.

The City Council removed $11.4 million from its long-range budget that had been reserved for widening Bonita Beach Road from four to six lanes between Old 41 Road and U.S. 41.

It budgeted $100,000 in 2014-15 to select a firm to develop a vision for Bonita Beach Road and its major intersections as a complete street for pedestrians, bicyclists, mass transit riders and drivers.

The group also has prioritized beautification of major roads, setting aside $3 million for landscaping that will start to be planted in the coming year.

"It's an honor to be nominated," said Gibson, the newest member of the City Council after being elected last January. "I think we're on the right path with doing the complete streets."

The City Council this month received the BikeWalkLee coalition's Complete Streets Champion of the Year award.

Council members have asked city staff to work on setting up a mobility impact fee system for developers to pay for growth that can be used not just for widening roads but for a variety of transportation improvements.

Not all votes were unanimous in 2014, but council members respected the majority vote as the will of the City Council.

"I enjoy these council meetings immensely," said Nelson, the longest-serving council member, first elected in 2000. "It's so interesting to try to get everything pasted together." 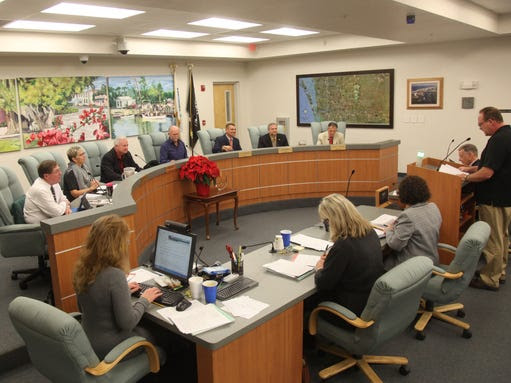