Lots of exciting new developments coming from FDOT that will improve biking and walking facilities and safety in Lee County and throughout the State.  We are lucky to have such an outstanding and passionate champion and leader in Billy Hattaway.

Update: on Sept. 22nd, this blog post was highlighted in a Streetsblog USA story: "Will Florida DOT Pull off a "Culture Change" and Make Streets Safer?",bringing national attention to these FDOT developments and SWFL's complete streets activities. Also below is a copy of the FDOT Complete Streets Policy statement just received. 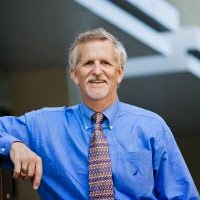 FDOT's bike/ped focused initiative began in late 2011 when Secretary Prasad hired Billy Hattaway to be the District 1 Secretary and designated him as the statewide leader of a bike/ped initiative, aimed at removing Florida from its #1 ranking as the most dangerous state in the country for pedestrians and cyclists.  Over the past 3 years, Billy has worked closely with the Lee MPO and its partners to improve bike/ped safety and conditions in Lee County.  (see links to previous articles about his efforts.)

FDOT's bike/ped safety initiative started by focusing on the top 10 areas in the state (including Lee County).  Billy announced that FDOT's initiative has now expanded to 5 more counties, including Sarasota in District 1, for a total of 15 areas.  Hattaway highlighted the culture change that is being driven throughout the FDOT system, both internally and externally.  Culture change takes time because it is about changing the way we do business.  He highlighted seven initiatives that are part of driving this culture change that will benefit us at the local level: 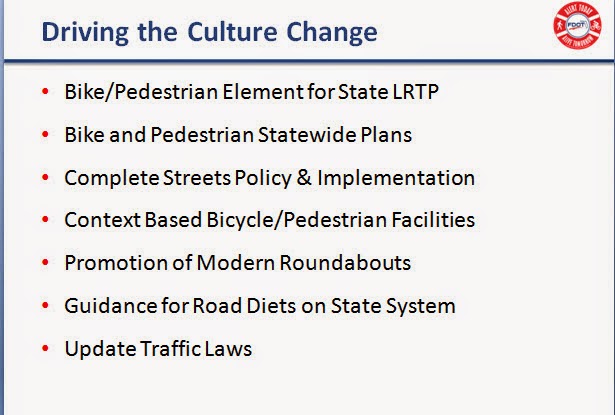 As we've learned from our experience in Lee County, a shift from "business as usual" requires modification to lots of policies and guidance documents.  The state is tackling this by undertaking the revision of many of their guidance and policy documents, as well as adding a bike/ped element to the statewide overall Long Range Transportation Plan and requiring bike/ped statewide plans.  In a much anticipated move, FDOT has now approved a complete streets policy and implementation plan which will be incorporated into the various planning and policy manuals and guidelines.  We will provide you with more details about this policy as soon as they become available.
One of the important changes that is coming is a context-based approach to bike/ped facilities vs. the current "one-size fits all" approach.  Rather than building all bike lanes at 4 ft., the plan is to have different widths based on context and speed. 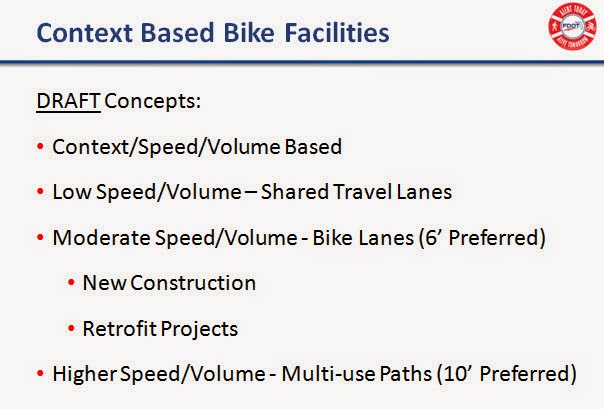 So in the future, we are likely to see wider bike lanes on high speed roads, a double line separating the traffic from the bike lane, and 10 ft. shared use paths vs. bike lanes on high speed/high volume roads.  Hattaway noted that they've found that cyclists aren't riding on these high speed/high volume roads and that riders have indicated they want separation from the cars.
Hattaway has long been a champion of the increased use of roundabouts, and the bike/ped initiative further promotes their use.  He noted that roundabouts are 75% safer in terms of injuries and 90% safer in terms of fatalities for all road users.  Florida was an early leader in promoting roundabouts and now there is a wealth of national data confirming their safety benefits.  Roundabouts are very safe for pedestrians, which often include an intermediate spot for the pedestrian to cross and get a very high yield rate behavior from motorists. As he pointed out, roundabouts don't work in every location, but when they're appropriate, they're very effective in making the roadway safer for all users.
Another tool in the toolbox is road diets, and Hattaway announced that FDOT will be issuing guidance to promote the use of road diets on the state system.  He gave as an example the project underway on Robinson Rd. in Orlando which has only 1400 cars day.  This state road is being converted to a road diet (from 4 lanes to 2 lanes plus a turn lane).  Hattaway noted the national statistics that road diets result in a 30% reduction in crashes.
Hattaway also unveiled FDOT's plans to update traffic laws.  The current FL bike/ped laws aren't written in English (as he illustrated by showing them the FL definition of a "crosswalk").  FDOT, working with other state partners, is rewriting these laws so they are in English which will make them easier to understand and enforce.
Land use development patterns is a big part of the roadway safety problems we face, and as Hattaway said, "we can't create complete streets without land use decisions to support it."  He stated his goal of encouraging the creation of networks of streets so that every trip doesn't have to put people on arterial roads.  Hattaway used Baldwin Park in the Orlando area as an example of a community that has done it right, which is clearly an economic success. 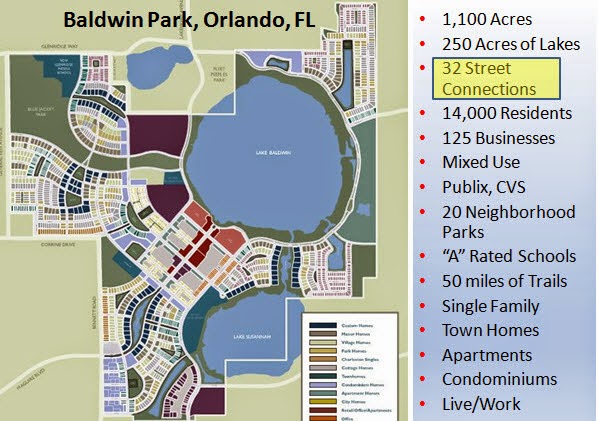 Speed is the critical factor in bike/ped fatalities and FDOT's strategy is focused on addressing this in a couple of ways.  First, they are planning a much needed change from the current design speed  standard to picking a desired speed based on context. 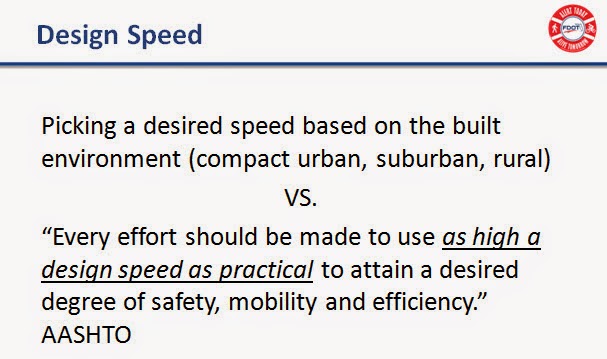 In addition, a complete streets approach (with two lanes, a turn lane, on street parking and buildings close to the sidewalk) is a design that reduces speed.  FDOT is also changing its policy to take a pro-active approach on mid-block crossings, where they will use Rectangular Rapid Flashing Beacons (RRFBs) to enhance pedestrian safety; and on six lane roads they will use the Pedestrian Hybrid Beacon (HAWK).  Research has shown that these treatments result in much higher yield rates by motorists.
MPO Board discussion: Board members applauded Hattaway for his commitment and willingness to "walk the talk", expressed support for the "common sense" design ideas in FDOT's strategy.  Board members asked questions and stated support for roundabouts, road diets, speed reductions, mid-block crossings, and street grid systems.
Billy Hattaway is truly leading a statewide transportation paradigm shift with a focus on improving facilities and safety for pedestrians and cyclists.  BikeWalkLee is grateful for his leadership and is excited about the many new FDOT policy and program changes that were announced at the MPO meeting. 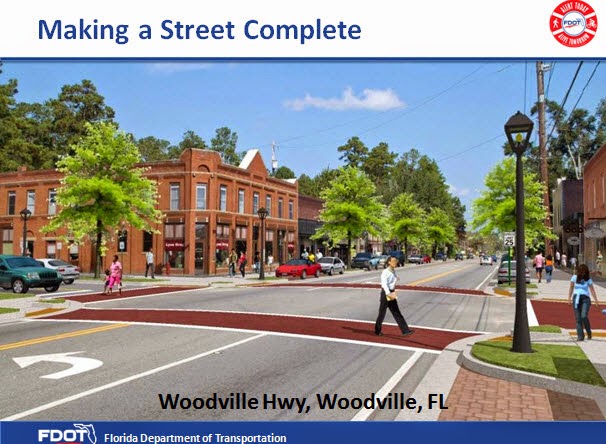 Complete Streets in Florida Webinar
Mark your calendars and register now for an important Nov. 12th webinar, sponsored by 1000 Friends of Florida, on "Planning for Complete Streets in Florida".  Billy Hattaway is the featured panelist, along with BikeWalkLee's Darla Letourneau, AARP and a Broward County city that has implemented the state's first complete streets design manual.
(check out the previous blog post to register)
Report by Darla Letourneau 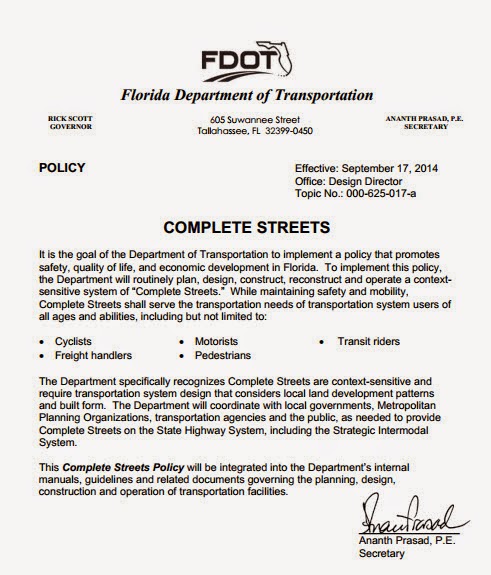