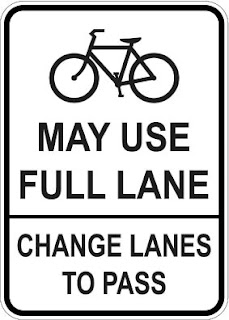 Frequent walkers, runners and bike riders are considered vulnerable users of our public rights of way because of the lack of protection offered by those drivers of motor vehicles.

Like anyone navigating traffic, we must be extremely mindful of our own actions as well as anticipate the behavior of others. But besides being significantly more vulnerable when not traveling within a motor vehicle, another major difference is that using human power to get around is a right versus the privilege of operating a motor vehicle, a privilege that requires substantial responsibility. Rendering aid and staying at the scene of a crash with injuries or fatalities is not just morally appropriate but it’s also the legal responsibility of all motorists.

In 2014, the penalties for not doing so were significantly increased in order to further convince drivers to comply.

The Aaron Cohen Life Protection Act (Florida Statute 316.027) imposes a mandatory minimum prison sentence of four years to 30 years, as well as a $10,000 fine for a driver convicted of leaving the scene of a crash resulting in a fatality. Penalties for leaving crashes involving injuries and property damage were also increased.

Unfortunately — and inexplicably — this change has only resulted in hit and runs increasing throughout Florida back to pre-recession levels after having decreased each year until 2014. According to an NBC-2 story broadcast/published on Nov. 24 last year, between Jan. 1 and Nov. 24 of 2019 the Lee County Sheriff’s Office responded to 1,448 hit-and-run crashes, the Cape Coral Police Department to 608, and the Fort Myers Police Department to 107. The Florida Highway Patrol did not have 2019 statistics but reported responding to 3,000 in 2018, according to NBC- 2. Your guess is as good as mine as to why more people involved in crashes are deciding to leave the scene.

Although I was unable to find accurate accounting of hit-and-run crashes involving pedestrians and those on bikes, it’s clear to me that fatalities among nonmotorists in those incidents represent a higher rate than others, even considering that our overall bike/pedestrian fatality rate as a percentage of all crashes is always higher than the national average of 15-20%; Lee County is routinely at 25-30%. As of the writing of this column the three bike/pedestrian fatalities that have occurred so far in 2020 were all hit-and-runs, so it looks like the upward trend will continue, at least in our part of the state.

Freddie Santiago’s son, Patrick, was struck by a motor vehicle and left to die in the early morning hours of Sunday, Feb. 24, 2019, as he walked home from work. The homicide occurred in North Fort Myers on Beau Drive, a short street that runs parallel to U.S. 41 between Hancock Bridge Parkway and North Key Drive. Freddie has been doing as much detective work as he can to help find his son’s killer but he’s also looking to raise awareness of the impact hit-and-run crashes have on others and our community.

To that end he’s hosting an awareness rally on Saturday, March 7, beginning at 4 p.m. on Beau Drive behind the new RaceTrac gas station near the site where Patrick was found. Freddie would like anyone who’s concerned or has been affected by hit-and-run crashes, whether it involved a pedestrian, person on a bike, or motorist, to take part. For more information about the event, call Freddie Santiago at 717-303-4445 or e-mail pi1stclass@aol.com. If you have any information about Patrick’s death, call 800-780- TIPS (8477) and be eligible for up to a $10,000 reward.