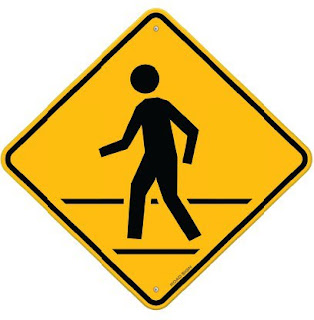 It’s no secret that I’m critical of both our local and state elected leadership regarding commitment toward implementing Complete Streets and other measures to improve access and safety for non-motorists.

Lee County’s history of having one of the worst overall traffic safety records year after year doesn’t seem to present a problem for our top decision-makers. Fortunately, organizations and individuals on the frontline are engaged in ongoing efforts to affect positive change. One such undertaking just getting started here is part of a worldwide initiative called Vision Zero, as in zero traffic fatalities.

Keeping in mind that pedestrians and people on bikes make up 1 in 4 traffic fatalities each year in Lee County (that’s almost double the national average rate), any effort that reduces overall numbers would undoubtedly decrease bike/pedestrian deaths as well. But while having no loss of life from traffic crashes — whether motorist, bicyclists or pedestrian — should always be the goal, even the most optimistic among us must realize it’s not possible. Or is it?

A major European city is doing just that. Smart Cities Dive (www.smartcitiesdive.com) reports that Oslo, Norway, had no pedestrian or cyclist deaths in 2019 and the sole traffic-related fatality was a motorist who ran his car into a fence. Oslo leaders developed plans in 2015 and began implementing them two years later. Among the actions undertaken are encouraging car-free trips, making infrastructure safety improvements, removing over 1,000 parking spaces, adding miles of bike lanes and sidewalks, expanding their bike-share program, investing more resources to significantly improve public transit, and making some downtown areas car-free zones. The benefits of these changes go beyond safety: the reduction on motor vehicles means less congestion for delivery and transit vehicles and fewer cars also equates to less emissions, something that results in better air quality for its residents and is important to a city and country that’s taking committed to taking significant steps to deal with climate change.

Per www.visionzeronetwork.org, Vision Zero is an effort begun in Sweden in the 1990s and is based on “the ethical belief that everyone has the right to move safely in their communities, and that system designers and policy makers share the responsibility to ensure safe systems for travel.” That means having safe public right of way for pedestrians, transit users, people on bikes and other human-powered devices, and drivers should be expected and provided by those having the power to make that a reality.

Locally, the University of South Florida’s Center for Urban Transportation Research has received a grant from National Safety Council to help communities focus on effective and appropriate messaging when it comes to how traffic crashes are reported.

All too often the most vulnerable road users who are victims of crashes are inappropriately blamed, either in law enforcement reports or in media stories. In some cases it’s inadvertent due to the use of certain phrases and terms such as “the pedestrian was hit by the car” versus “by the driver of the car” and “the pedestrian darted into the road,” implying fault before investigation is completed. I’ve read a number of crash reports that include clearly biased narratives against the non-motorist with statements like “for some reason the pedestrians didn’t see the vehicle” but didn’t include a similar statement like “for some reason the driver didn’t see the pedestrian.” Or “the victim (pedestrian) was in a portion of the roadway not intended for pedestrians.” Statements like these merely reinforce the misperception that public right of way are meant only for motor vehicles.

Another recent example of problematic reporting that can have major implications as to how the general public perceives the environment for those who cycle here is a U.S. News and World Report story in early January on the topic of best places to live. Whenever there are best places there are those on the other end of the list. According to the article’s author, Cape Coral (a League of American Bicyclists’ Bike Friendly Community since 2015) ranks as the most dangerous place in the U.S. for folks riding bikes, at least when using the fatality rate for those commuting by bike. Between 2014 and 2017 there were four fatalities in Cape Coral involving people on bikes but when using the formula the author cited that equates to 1,333 cyclist deaths for every 100,000 commuters who use bikes to get to work.

While that may be technically accurate (although I’m not sure of that because League of American Bicyclists’ rate for Cape Coral is almost half that), the fact that there are less than 100 Cape Coral residents who use that mode of transportation to travel to work (per www.carinsurance.org) means using such a statistic makes the environment appear infinitely worse than the reality of four (too many) deaths in four years.