Advent of cars, suburbs led to threatening times for pedestrians 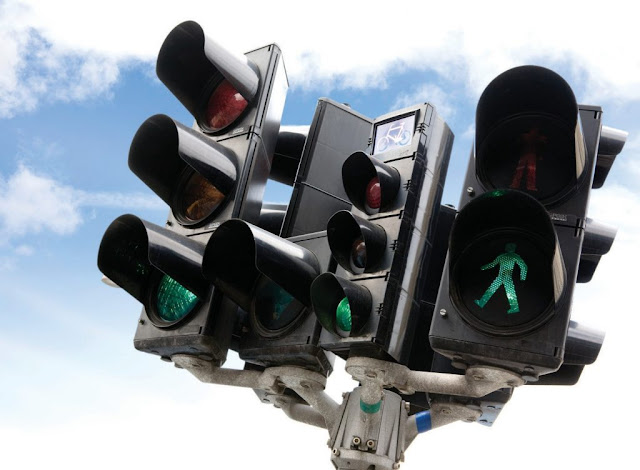 Using our feet to get around is the original form of human transportation, at least on land. At some point humans used animals for transporting themselves and goods. Around 3500 B.C. the wheel came onto the scene — initially to serve as a potter’s tool — and it was used for transporting humans in chariots.

But travel by foot remained the primary mode for the masses. It wasn’t until human-powered bicycles and then motorized vehicles came about in the late 1800s that was there any significant change in how the majority of the world’s population got from place to place. Although the first use of the modern train predates bicycles by just a few years, they were few and far between and very limited as to where they could go. Even after the locomotive became commonplace, most personal transport, especially for local and short trips, was still made on foot. Once the motor vehicle proliferated in the early 1900s — because of its affordability, thanks to mass production — the world changed drastically, even in places where cars were rare or non-existent. This change became even more significant after World War II.

Early in the 20th century, roads and streets that were used for centuries became unsafe for those on foot when an automobile was added to the mix. Laws that were purported to manage this new arrival and protect vulnerable users of the public right of way actually relegated the latter to second-class status in that space. For our own protection, of course. That trend continues to this day, regardless of lip service given to laws and road designs intended to allow pedestrians equitable and safe access to our public spaces. But we’re not giving up on making those two concepts reality.

Beginning in the late 1940s, car ownership exploded along with the new suburban model of community building. The growth of automobile ownership was both the reason for and result of our push away from easily accessible places and services to outlying suburban and exurban bedroom communities. One couldn’t/can’t live in those places without a car. Even, perhaps, one car for each adult in the household. When this change happened, an amazing thing occurred: requirements and infrastructure for accommodating pedestrians were nixed, both in the new suburban neighborhoods as well as existing places where walking was still commonplace and necessary.

Look around and you’ll notice gaps in sidewalks that coincide with the date the adjacent homes or businesses were constructed. On a larger scale, Cape Coral, Lehigh Acres, San Carlos Park and any other place that came up out of the ground after WWII are prime examples of the consequences of automobile becoming the end-all, be-all.

The lack of requirement for developers and governments to include safe accommodations means we have between hundreds of millions to over $1 billion of projects identified (depending on which estimates are used). And that’s just in Lee County. Multiply that by all the suburban model counties and it becomes quite clear that as a society we put way too much emphasis on the automobile at the expense of the general public’s access and safety. The good news is that since we are all pedestrians sometimes, there continue to be efforts to right the wrongs. Even with local governments that build bridges without allowing pedestrians to use them as recently as the 1990s. Even with governments still allowing businesses to be constructed along Pine Island Road without providing sidewalks. And even with governments providing only a pittance of the money needed to put a dent in our backlog.

While those short-sighted policies and actions continue to take place, progress is being made, thanks to the fact that people still need to, want to and love to walk and run. Those who put all their money on the automobile must have never envisioned would be the case.

Local coalitions and organizations like BikeWalkLee, Streets Alive of SWF, LeeFuture, Stay Alive… Just Drive! and Lee County Injury Prevention Coalition, as well as many business, certain government agencies such as Lee MPO and Lee Health continue to work toward getting our primary decision-makers to fully comprehend the public’s wishes and prioritize funding and policies appropriately. As well, local efforts are backed-up by scores of regional, state, national and international efforts and actions taking place to ensure people and not machines are the highest priority.