Today Transportation Secretary Ray LaHood addressed the national bike summit, and reports on his remarks in his "Fast Lane" blog.  His strong support for complete streets and livable communities and how TIGER grants are being used in support of those efforts are music to our ears here in Lee County.

Bicycles have played an important part in America’s story. After all, it was a pair of bike-mechanics – the Wright brothers – who applied their knowledge of bicycles to begin mankind’s journey into the heavens. It was bike manufacturers who helped invent the modern automobile. And it was the bicycle that gave new freedom to American women and girls. 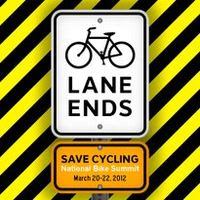 Through much of that history--132 years--the League of American Bicyclists has been advocating for the interests of the biking public. This week, nearly a thousand Bike League members have come to Washington, DC, for the National Bike Summit. The theme for this year is "Save Cycling," and it's an important task.

This is a thrilling time for bicycling in America – there are now 57 million cyclists on the road, and we are truly building a transportation system that makes it easier, safer, and more convenient to ride your bike.

Between 2000 and 2008, bicycle commuting increased by 43 percent nationwide. Cities like Portland, Minneapolis, and Chicago – leaders in the effort to create bicycle facilities – saw increases greater than 100 percent.

At the Department of Transportation, we're happy to support innovative policies to give more Americans the option to embrace cycling, and we’re working to end prejudices that treat riding and walking differently from other forms of transportation. 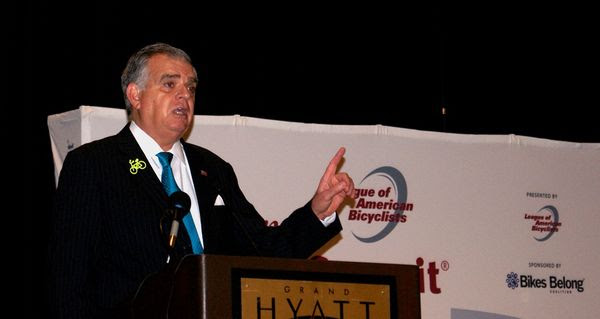 Most importantly, we’re helping local communities take the lead in building walkable, bikeable, and livable cities and towns by letting them make the transportation choices that fit their needs. That means breaking down antiquated barriers that prevented cities from installing bike paths and bike lanes, making sure cities and communities know they have a green light to begin building right away.
And it means creating a variety of funding options that support local solutions to local challenges.
Through our TIGER grant program, we’ve continued supporting the creation of livable communities that treat bicycling and walking as valued elements of our nation’s transportation system. In our last cycle of TIGER grants alone, we invested more than $64 million for our “Complete Streets” program – ensuring the roads we build and repair are safe and convenient for everyone who uses them.

We’re also encouraging children to walk and bike safely to school through our Safe Routes to Schools programs. We know that when kids can walk or bike to school, it’s good for student health, it reduces congestion on neighborhood roads, and it’s good for mom and dad’s wallets in tough economic times. 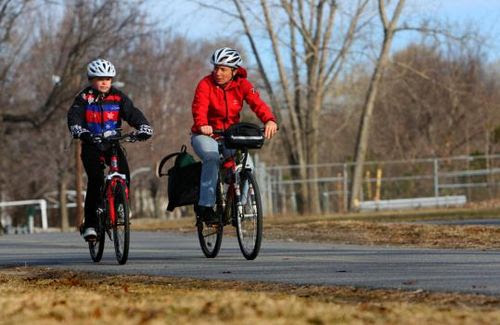 Earlier this year, President Obama laid out his blueprint for “an America that’s built to last” – including his vision for a six-year reauthorization of the surface transportation bill. He committed to rebuilding and modernizing America’s roadways, railways, and runways – and to directing resources toward making livable communities a reality. Bicycles are part of that blueprint.

There will always be cars and trucks – and DOT will always be committed to keeping America’s roadways the safest and most efficient in the world.  But, Americans want transportation choices – and as President Obama has said, that means an all of the above solution.

Now, I loved my first car, but I also loved my first bike. And whether we're talking about a nation or an individual, just because we grow up doesn't mean we have to leave everything behind. Bikes are still a terrific option, as are passenger trains, streetcars, and other parts of our transportation toolkit that we have ignored for too long.

The time has come to time to invest in a 21st century transportation network, and if that network takes a few cues from the past, well, I'm okay with that.  This week the advocates from the National Bike Summit will be sharing a similar message with their legislators on Capitol Hill. I thank them for their effort--and for the warm welcome today--and I wish them well.